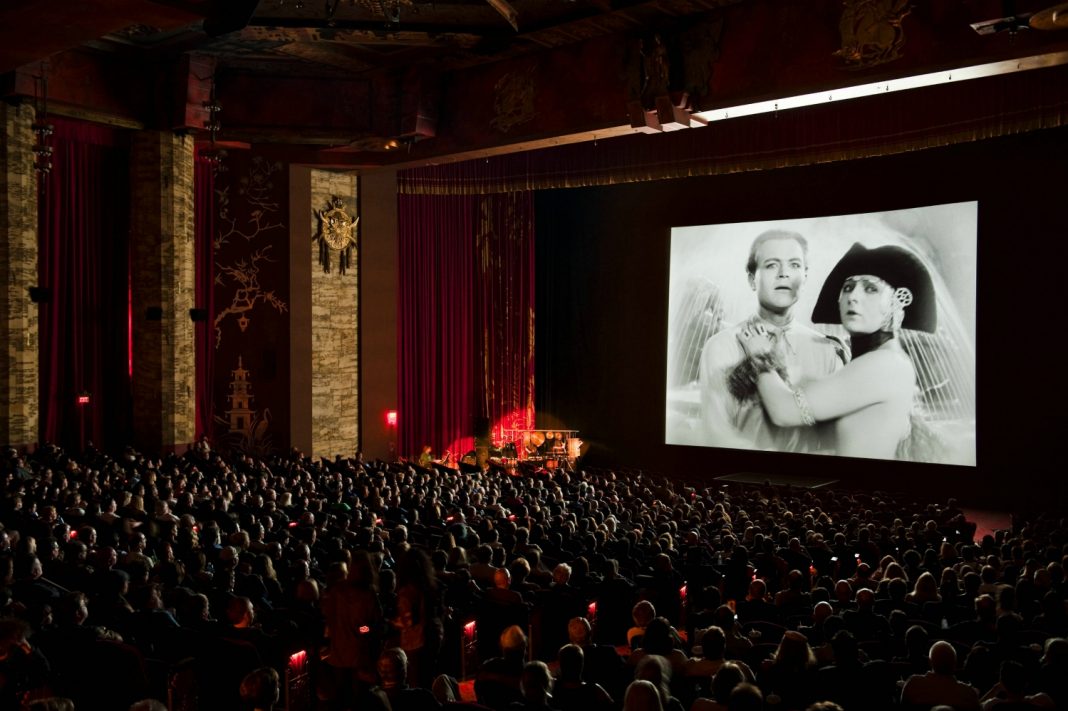 Shortly before all theaters in Los Angeles were ordered closed due to the Coronavirus, TCM announced its was pulling the plug on this year’s Turner Classic Movies Film Festival. The festivities attract more than 25,000 superfans from all parts who want to experience a favorite film in a historic movie palace, often in the company of the original stars and filmmakers.

This year, the festival was scheduled to take over the Egyptian and Chinese theaters, the Hollywood Roosevelt Hotel, and the theater at the American Legion Post 43. A Back to the Future tribute was set for opening night with Michael J. Fox, Christopher Lloyd, and Lea Thompson in attendance. Mel Brooks, Bruce Dern, and Lily Tomlin were among the actors set to introduce films.

TCM immediately announced that tickets would be fully refunded, but that didn’t relieve the disappointment of movie fans. “It was a bummer of course,” says animator and Disney Legend Floyd Norman, who was scheduled to present two of his films, including The Jungle Book, at the fest. “Last year we screened Sleeping Beauty, the first film I worked on starting in 1956.”

Earlier this week Turner announced a schedule of programming that will air on the cable network from April 16 through 19 dubbed TCM Classic Film Festival: Special Home Edition. It’s a remote alternate version of the festival with 24-hour programming of films that were to have played in Hollywood, films played in years past, and clips from interviews done with stars at previous fests.

From its debut in 2010, the opening night gala has been the hardest ticket to score. Stars of the films were onstage at the TCL Chinese theater and often left their hand and footprints there the same day. TCM will air Lawrence of Arabia on Sunday, April 19 along with clips from their 2011 conversation with Peter O’Toole when he placed his prints in the cement. Hitchcock leading lady Kim Novak was taped in front of a live audience a the 2013 fest and her interview airs on Friday, April 17.

This is a great way to share the fun of the festival with movie lovers, but doesn’t hold a candle to the insanely interactive experience of being surrounded by the pomp and excitement of the festival. I’ll never forget the squealing rock star mob that surrounded TCM host Robert Osborne as I accompanied him on a walk down Hollywood Boulevard, or watching Esther Williams, star of Neptune’s Daughter, lounging poolside enjoying the synchronized swimmers gathered in her honor at the Hollywood Roosevelt Hotel. That Technicolor extravaganza airs on April 16.

“I was a big fan of TCM long before they contacted me. I was a fan boy like everybody else,” says Norman. “We all share memories of going to the movies with our families. Those of us who love movies never lose that love. It just connects people in a very special way.”

TCM notes that they are already working on the 2021 edition of the festival and expects to announce dates as early as this summer. I hope they can reschedule some of this year’s planned appearances. I was looking forward to George Chakiris and The 5000 Fingers of Dr. T, Mink Stole introducing the John Waters midnight screening of Polyester, and of course, Floyd Norman and Disney animation. “They’re moving it, but it will go on,” says Norman. “The show must go on.”

The full schedule can be found on the TCM Classic Film Festival: Special Home Edition website.

Hollywood Bowl Jazz Fest, Art Exhibits and Other Best Things To Do in L.A. This Weekend

Leonard Maltin: The Brand Name in Movie Criticism Has Reinvented Himself