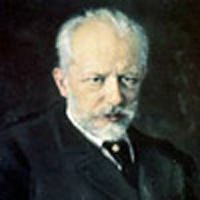 Tchaikovsky’s genius came to light in the late 19th century as he turned to the works of William Shakespeare for inspiration.  In one sensational performance at the Walt Disney Concert Hall, the LA Phil and talented actors alternated between the two legends in an evening of music and prose. It was my first experience watching Gustavo Dudamel at work, and I held my breath in heavy anticipation as he walked to the podium to stand before the orchestra. I was slightly startled when, after the quiet moment before music typically begins, someone instead began to speak. Ah yes, the words of Shakespeare started to float through the hall as actor Matthew Rhys walked amongst the musicians beginning a monologue from Hamlet. In an eerie light outlined by the formidable pipe organ, Malcolm McDowell made the perfect ghost above us. And then, the music. The melancholy and sprawling emotion of Tchaikovsky’s Hamlet-based orchestral piece filled the hall in a brooding and beautiful way, seeming to tell the tragic story. In a second segment, McDowell’s clipped British accent gave voice to Prospero from The Tempest, and the LA Phil followed with a moving rendition of the sweeping orchestral version. Then, using the entire hall as a stage, climbing on walls and using a wooden ladder as access to the balcony, Orlando Bloom and Anika Noni Rose brought Romeo and Juliet back to life once more. The orchestra closed the evening with Tchaikovsky’s overture of the same name with its themes of struggle, love, and loss recognizable in richly familiar melodies.

Dudamel was captivating in his role as leader, smoothly encouraging the musicians on during the quieter parts, his curly black hair flying as his body moved in a frenetic jerking motion during the more emotional ones. I was close enough to see fingers dancing on the ends of the violins—bows liquid in unison, as if floating on water.

But to really take in the music, at times I found it better to close my eyes. Watching the instruments forever fascinates me, and therefore it distracts me a bit. Eyes closed, I took it all in as if Tchaikovsky and Shakespeare were telling their tragic tales only to me.