Home Film What His Taste in Movies Says About Mayor Garcetti 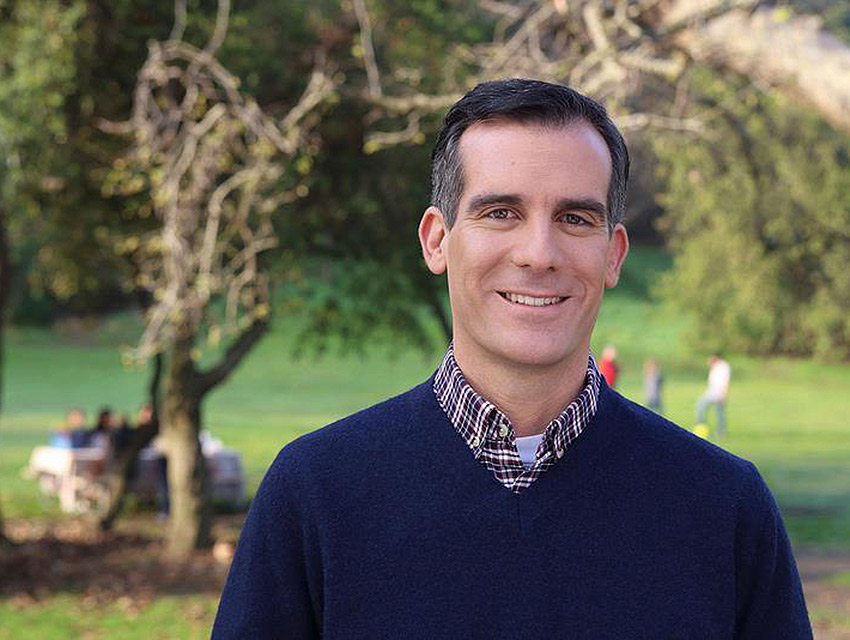 As part of Zocalo and KCRW’s “My Favorite Movie” series, tonight Mayor Garcetti will host a screening of his favorite film, the 1980 comedy masterpiece Airplane, which stars Leslie Nielsen, Julie Hagerty, and Kareem Abdul-Jabbar. The film will be followed by a discussion (moderated by KCRW’s Madeline Brand) including Garcetti and Airplane co-writers and directors Jerry Zucker, David Zucker, and Jim Abrahams. Doors open at 6:45 p.m. and attendees are urged to start lining up early.

We definitely hadn’t pegged Mayor Garcetti for a slapstick comedy type (we were thinking more along the lines of contemplative Generation X indie cinema and obscure documentaries on jazz) but Airplane is almost too on the nose as Garcetti’s pick. After all, running L.A. must often feel like you’re the only sane person on a plane piloted by a blow-up doll with every passenger sporting their own particular brand of crazy.