Home comedy Local Bartenders Are Dishing on All the Crazy Stuff They See Working... 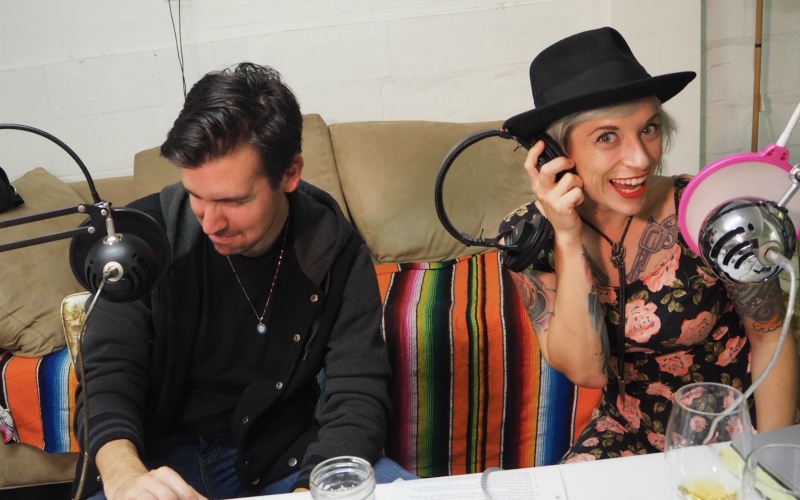 Over the course of the roughly ten years she’s been bartending, Shana Race has swapped a lot of stories with other bartenders. Some are funny, others are touching—but each one is a window into what it’s like to sling drinks in L.A.

“My original idea was to compile a book of stories,” she says. Then, around November of last year, she was drinking margaritas at El Compadre with friends and it occurred to her that the “book” could start as a podcast. Race, who currently tends bar at Cole’s French Dip downtown, recruited friend Matt Hernandez, who works at Bar Stella in Silver Lake, to be her cohost, and they launched TalkTales the Podcast.

Race and Hernandez recorded the first episode of TalkTales in December and launched it in January. Adhel Martinez of Black Cat in Silver Lake is the podcast’s official “mixtress,” crafting a new cocktail for each week’s show. (Recipes are shared online.)

While other bartending podcasts tend to be educational, Race knew from the beginning that this one would focus on bartenders and their stories. She says, “We were not going to do anything that was geared toward history or education. We’re doing this to promote bartenders and what they’re doing. I think a lot of times, the name of the bar gets a lot of recognition, but the people behind the bar become a part of that name rather than being promoted for what they’re doing.”

Local bartender Austin Wages was a guest on the show and told a story about the time his brand new bike was stolen from outside the bar he worked at. Thanks to a vigilant bar regular who’d noticed the bike at a local homeless encampment, Wages was able to recover it. Manny Nieves visited and talked about the time he saw a man and a woman break up and subsequently get back together right before his eyes over the course of a single evening, but only after the guy got punched in the face by another guy who was hitting on the newly single lady.

In addition to bartenders, TalkTales features characters like Jack Arlington, the “professional Yelp reviewer” who visits during Episode 10. “It goes into a bit of an improv comedy kind of thing,” Hernandez explains.

Race and Hernandez love their profession, but they admit they like some customers more than others. Race says, “I really love people with interesting stories…anyone who comes to the bar and has a conversation with me that isn’t about the weather. I love meeting interesting people, and I love customers that are interested in the process of bartending and ask questions.” Hernandez says, “It’s fun when somebody tells you, ‘This drink is amazing. You’re a great bartender.’”

When Race adds, “And we do like big tippers!” they both laugh, and Hernandez agrees, “Yeah, we’re easily bought.”

Next month, TalkTales is traveling to New Orleans for the Tales of the Cocktail festival, but first they’re raising funds for travel with a Tales to Tales fundraiser on Monday, June 25, at 6 p.m. at the Stubborn Nail. Race says, “The ticket price is $30, which includes three crafted cocktails made by us, a raffle ticket—we’re collecting donations from our industry friends at bars and restaurants that we’re going to raffle off—and we’re doing a live show with characters in costume and recording it live in front of the audience. That’s a first for us, so it’s going to be really exciting and a little nerve-wracking.” (The Stubborn Nail is a speakeasy, so if you want a ticket, you’ll have to contact them directly. They suggest an Instagram DM.)

A post shared by TalkTales: Bartender Stories (@talktalesthepodcast) on Jun 8, 2018 at 3:37pm PDT

New episodes of TalkTales the Podcast launch weekly. Catch up on previous episodes on the TalkTales website.

RELATED: On the Podcast Super Mamás, Local Sisters Are Creating a Judgement-Free Zone for Moms