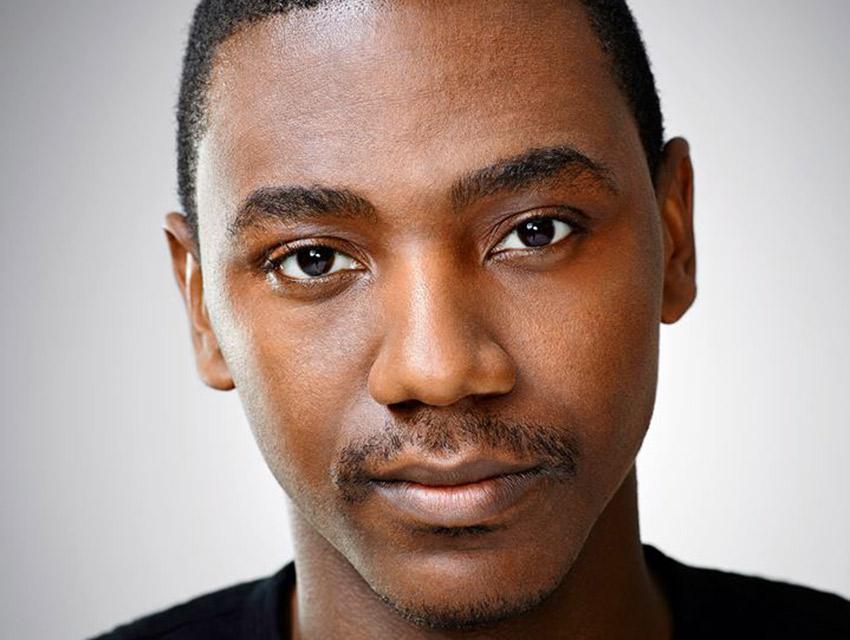 Jerrod Carmichael is brutally honest—even for a comedian. He made a name for himself with Love at the Store, a 2014 HBO special during which he scrutinized society for valuing talent over morals (if you still have R. Kelly’s “Ignition” or Michael Jackson’s “Thriller” on your iPod, note that you’re in his crosshairs), weighed the pros and cons of slavery, and shamelessly defended Chick-fil-A sandwiches. Carmichael prides himself on “keeping it honest, realer than real,” and anyone who’s seen him perform can attest that he’s unapologetically sincere in everything he does.

Carmichael’s new NBC series, The Carmichael Show, premiered August 26, and as a Jerrod of many trades, he produces, writes and co-stars alongside Loretta Devine, David Allen Grier, and Amber Stevens West. We caught up with him to talk about pushing boundaries and the best part of working on a TV show.

The Carmichael Show uses satire to tackle timely issues regarding race, religion, and even Donald Trump’s presidential campaign. What message do you most want your viewers to take from the show?
First of all, we keep the show as honest as possible. I’m in it for the conversations—the back and forth that we talk about with friends and family throughout any given day. I want to inspire people to talk to each other and think deeper. Any time someone has a genuine reaction, that’s a reward for me.

Keeping it honest seems to be a theme with your work. How honest is too honest?
I’m one to say the thing that’s offensive or that you’re technically not supposed to say, but it has to have a point. As long as it has a genuine motivation and purpose, a real intention, then I don’t think there’s such a thing as too honest.

Your HBO special was filmed at The Comedy Store here in L.A., the first place you ever performed. What’s it like to be a standup starting here?
I’m very lucky to have some really great clubs in L.A., like The Comedy Store and The Laugh Factory. When I decided to move here from North Carolina, it was the most life-altering decision I made.

As a comic who started out in stand up, how are you adjusting to the world of TV?
I really like hearing the other side of an argument from the people I’m collaborating with. With stand up, it’s just me articulating a thought or a feeling or a perspective, but with the show I get to hear the rebuttal. Both are really fun. Standup is still my favorite outlet. It’s my first love, and it’s all mine, but TV is new and exciting and I have a genuine passion for it as well.

What’s the best part of acting on the NBC set?
Craft services. No one’s ever brought me a sandwich mid-way through a stand-up set.