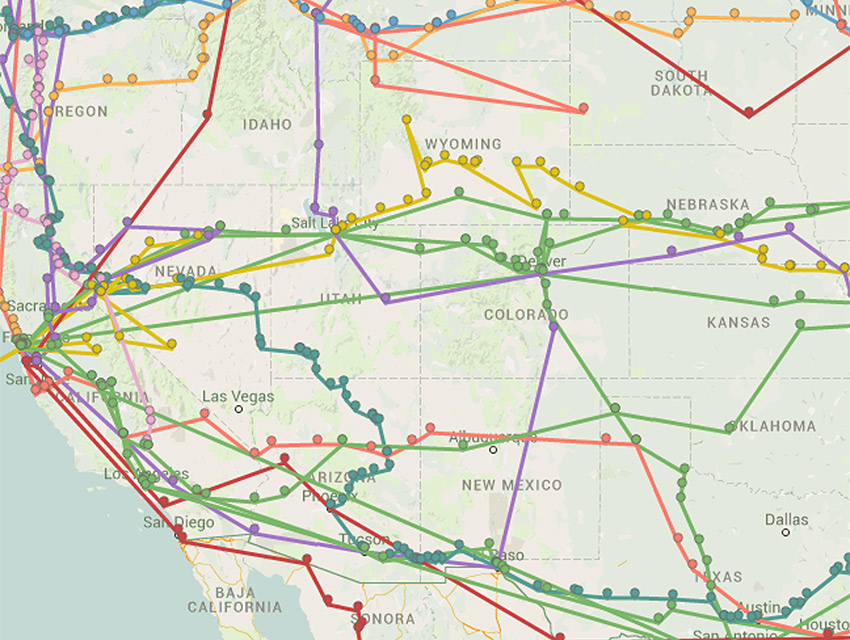 Los Angeles has a love/hate relationship with cars. Yes, there’s the lure of the open road and driving off into the sunset, but there’s also the soul-crushing commute. Many of the best American writers have explored that love/hate relationship in their work, as Atlas Obscura writer Richard Kreitner’s intricate interactive map of non-fictional road trips proves.

Kreitner, a self-described “freak for the American road trip,” plotted the routes from a dozen books that feature cross-country travel (think Cheryl Strayed’s Wild, Robert Pirsig’s Zen and the Art of Motorcycle Maintenance, and Mark Twain’s Roughing It). After tracking down over 1,500 locations, he enlisted graphic designer Steven Melendez to create an exhaustive map guaranteed to make road trip lovers drool. Tour Los Angeles through the words of Jack Kerouac, Tom Wolfe, and Ted Conover, authors who have the ability to turn our city and its surrounding areas into something both magical and mythic.

You’ll have to head to Atlas Obscura to see the chartogram in its full glory, but check out a few screenshots for yourself below—and, if you’re inspired to embark on your own epic road trip, don’t miss our 2014 guide. The Battleship USS Iowa Is Hosting an Unusual Sleepover for Adults