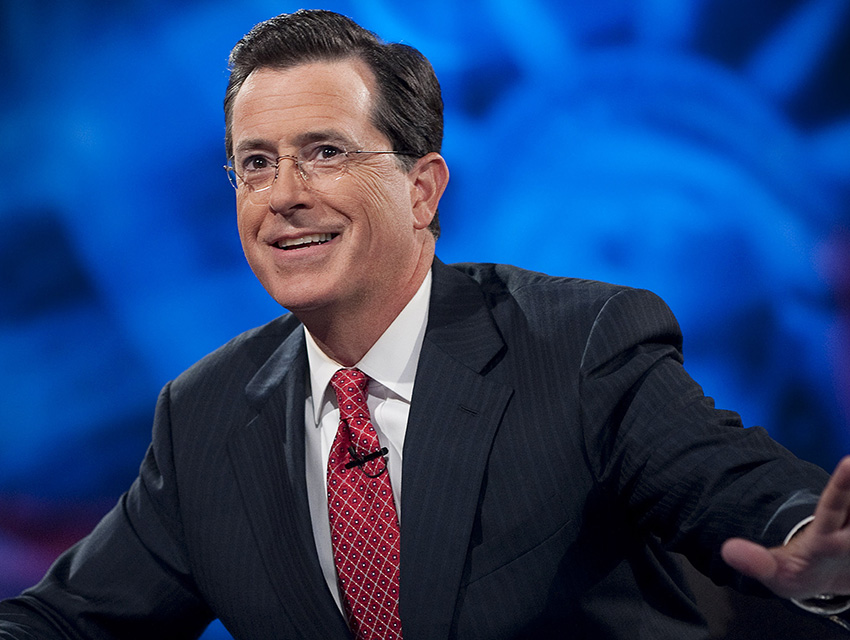 Want a piece of Stephen Colbert? Of course you do. On Thursday night Comedy Central will air the final episode of The Colbert Report. Before the show’s deadpan patriarch departs to fill David Letterman’s shoes on The Late Show, he has devised a clever way to dump his stuff while raising dough for charity: Colbert is raffling off items from his set.

The first place prize is the imposing C-shaped desk behind which Colbert conducted his interviews and made many of his most acerbic observations. (Hint to Jimmy Kimmel: We’d love a chance to win your walking desk!) We’re actually more excited about second place: the show’s faux marble fireplace that reads “videri quam esse” (it means “To seem to be, rather than to be,” which is a backwards version of North Carolina’s state motto), a portrait of Colbert, his “butter soft and butter stained” leather armchair, and a 40-inch SD display with looping video of a roaring fire. It’s everything you need to host your own talk show.

Each $10 ticket buys you one chance at winning and the money will be split equally between the Yellow Ribbon Fund, which helps injured service members, and DonorsChoose, a nonprofit that lets people to donate directly to projects at public schools. You have one day and seven hours; vote early and vote often.

In the meantime, here is Colbert’s brilliant interview with Smaug the dragon (as voiced by Benedict Cumberbatch).