Home Uncategorized SXSW 2012: Who To Know If You Go Or Don’t 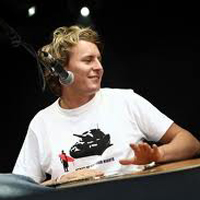 Part music festival, part gambler’s game, half the fun of South by Southwest is predicting which bands will emerge as breakout stars. We’re ready to place our bets. Here are eight top picks for SXSW Music 2012, which kicks off Tuesday in Austin:

Hacienda
Folks flock to Austin in search of the best acts from distant lands, but you needn’t look too far from 6th Street for Hacienda, a quartet from San Antonio, TX.  Their fully southern, surf-infused style melds retro-pop sensibilities with a penchant for garage fuzz (honed on their upcoming LP by none other than southern garage master Dan Auerbach of the Black Keys). Don’t let that pairing fool you—Hacienda’s infectious tunes trade rough guitars for catchy, smartly-formed grooves with just enough Texan grit.

Bahamas
Canadian singer-songwriter Afie Jurvanen goes by Bahamas, but don’t think that means you’ll find anything steel-drum or island-vacation inspired in his music. Instead, Jurvanen, who formerly played guitar for Feist, transports through simple, sometimes solemn and always beautiful songs that have the frankness of The Tallest Man on Earth and the smoothness of M. Ward.

The Kingston Springs
Nashville’s The Kingston Springs are barely out of high school, but their cohesive, blues-meets-Brit-rock music boasts power that defies their age. They’re what could have happened if Cold War Kids built on the soul of Robbers & Cowards and pushed their dirty Delta sensibilities into something modern instead of polishing up and pop-ping out.

Ben Howard
Every festival seems to bring a big-abroad-unknown-here artist to U.S. masses, and Ben Howard (above) could be the one this go-around. Like Gotye, who was high on the charts in his native Australia before CMJ taught America how to pronounce his name, England’s Howard has already sold out shows across the UK. His bare and dreamy folksongs meld Damien Rice, James Blunt, and Nick Drake with an unexpected California-esque disposition, and are sure to pick up fans here, too.

Spoek Mathambo
A South African group signed to Seattle’s Sub Pop, Spoek Mathambo is likely to be one of the most unique acts on the SXSW stage. Mathambo leans more towards dubstep and new wave than traditional African with his skittery hip-hop. He’s more contemplative than labelmates Shabazz Palaces and more velvety than fellow South African Die Antwoord, but just as futuristic.

Turbo Fruits
Yeah, Turbo Fruits is another Nashville band, but to assume they’re alt-country or derivative of Jack White would be a mistake. Like neighbor PUJOL, Turbo Fruits are working the new southern sound that has more in common with garage rock than country and they’ve been bubbling in Tennessee for years. Taking cues from his first band, Be Your Own Pet, guitarist-singer Jonas Stein whips the group into a roaring, rocking fit that’s fun, frantic, and fine-tuned.

Bear in Heaven
Bear in Heaven, a psychedelic outfit from Brooklyn, are no strangers to the scene—they’ve played hundreds of shows in the past few years behind their critically acclaimed 2009 release Beast Rest Forth Mouth. On the heels of their highly anticipated new LP, I Love You, It’s Cool, out in April, they bring booming, electronic edge, a nice contrast to the overabundance of bluesy guitars and crunchy distortions we’re sure to hear elsewhere.