Home Uncategorized Surfer Wayne Lynch Gets His Due in New Doc 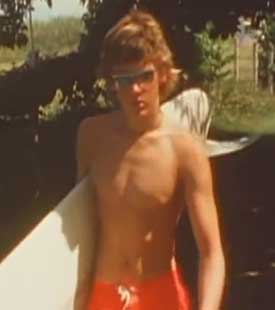 Jonesing for waves that reach higher than your knees? Uncharted Waters: The Personal History of Wayne Lynch drops into the big waves and big life of a surfing icon.

Aussie phenom Wayne Lynch was among the crossover surfers of the 1960s and ‘70s whose talent on shorter boards prompted a revolution in the sport, nowhere more than in Cali. His decision to drop out of competitive surfing in the 1970s and become a renaissance man, as knowledgeable about art and culture as vertical faces, stunned his fans but only added to his influence on the “spirit” of the sport.

Filmmaker Craig Griffin’s documentary, which follows Lynch from his early days on Victoria’s southwestern coast through his turbulent experiences as a ‘conscientious objector’ to the Vietnam War, will premiere at 7:30 p.m. Thursday, June 20, at the Broad Stage in Santa Monica.