Home Film If Superheroes Moved to L.A., Where Would They Live? 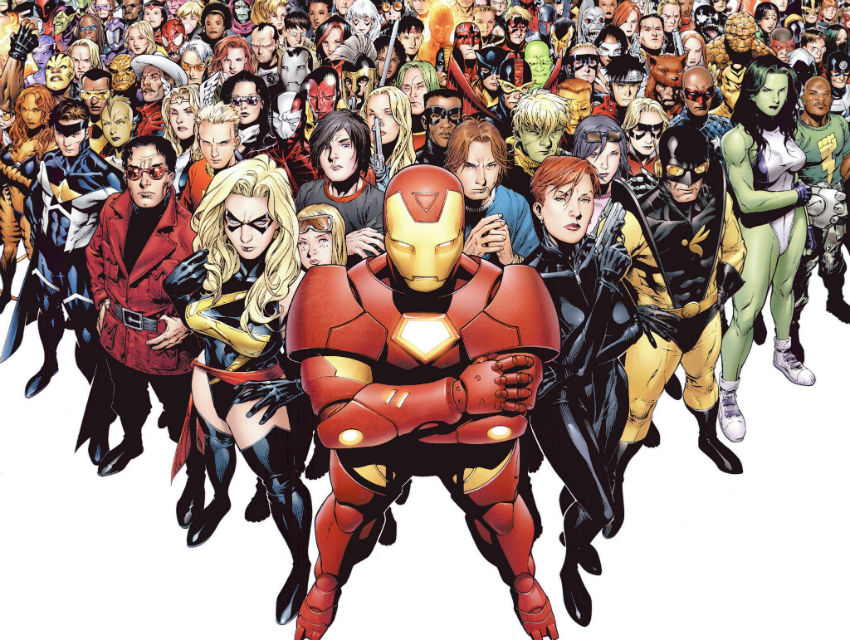 If you have a thing for crusaders of the caped variety, this is your decade. Marvel Entertainment recently made big news by announcing an ambitious schedule for its next seven superhero movies. Captain Marvel, Black Panther, Doctor Strange (most likely played by Benedict Cumberbatch), The Inhumans, Thor: Ragnarok, Captain America: Civil War, and Avengers: Infinity War will all premiere within the next five years.

Marvel’s big push got us thinking about these heroes’ hometowns. Why is that so many of them call New York (cough, cough Gotham) home? And what would happen if they relocated to the Best Coast?

Spider-Man (downtown)
Peter Parker comes west to pursue a graduate degree in biomedical engineering at USC’s difficult-to-find Health Sciences Campus. At night he dons his red and blue costume and takes the bus downtown to fight crime (when your primary mode of transport involves leaping building to building, your options are limited). On weekends he and Gwen Stacy go bar-hopping between downtown’s Arts District and its Historic Core. If they’re not walking (read: stumbling) home, he uses his spidey sense (read: calls up a Lyft) to avoid DUI checkpoints.

Batman (Beverly Hills)
Bruce Wayne comes from old money so he’d be a perfect fit for Beverly Hills. The L.A. version of Wayne Manor, decorated by Kelly Wearstler, features an inhouse bowling alley, a Turkish sauna, and an 8,000-square-foot backyard with a helipad and a secret underground lair. The Batmobile racks up way more miles in L.A. than it did in Gotham, but even Batman can’t avoid the hell of rush hour traffic on the 405.

Thor (Venice)
For a laid-back, outdoorsy guy like Thor, Venice is a natural choice. Up before dawn to go surfing, he heads down Abbott Kinney with his longboard in one hand, a latte from Abbott’s Habit in the other, and a bulldog in tow. If he needs a day job, there are plenty of Scandinavian design stores where he can hock expensive pendant lamps and minimalist couches. When his brother Loki comes to town things start off well, but every day seems to end with a fight on the boardwalk and threats to unleash Ragnarok. Thor has no problem staying incognito in Venice; a super ripped, longhaired blonde dude wearing a chest plate and carrying an ancient hammer fits right in.

Dr. Doom (Los Feliz)
While plotting world domination Victor von Doom relocates to Los Feliz because it’s Hollywood-adjacent and the Griffith Park Observatory makes an ideal launching pad for any doomsday device. The newly minted Dr. Doom is lonely (it’s hard to maintain meaningful relationships when you’re intrinsically evil) and can be found on most afternoons morosely sipping an Americano (no milk, no sugar) at Intelligentsia or lingering over an Old Fashioned at the Dresden. Did you accidentally refer to Silver Lake as the Eastside or mispronounce Los Feliz? Dr. Doom is the kind of guy who will snootily correct you.

Catwoman (West Hollywood)
Where else would a gal with an affinity for animals, leather goods, and costumed men settle down? West Hollywood. She starts everyday with a 5 a.m. workout at Flywheel then goes for a quick jog in West Hollywood Park while sneering at people who dare to bring babies instead of dogs. At night she can be found playing bingo at Hamburger Mary’s or holding court at Traktir over the blare of Russian Idol reruns. Catwoman volunteers at her local animal shelter, but she was nearly banned for attempting to organize the stray cats into an army.