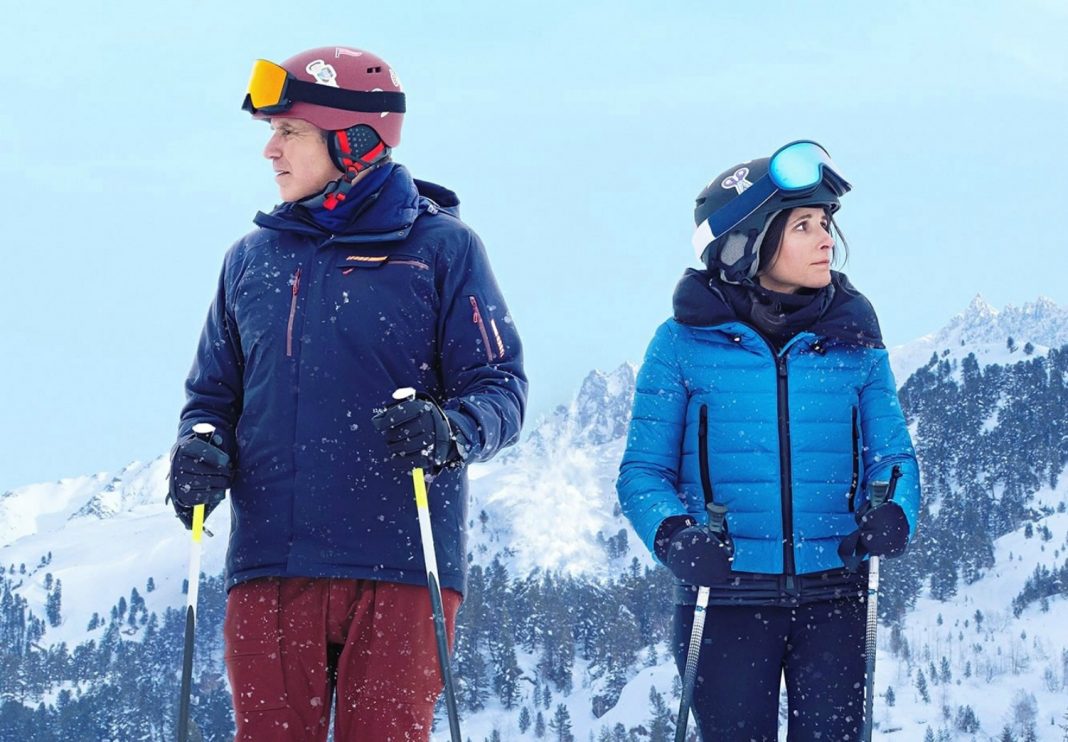 Near the start of Save Yourselves, a supernatural rom-com that premiered at Sundance this week, a hetero Brooklyn couple are fighting, and the woman insists her boyfriend apologize: “What exactly are you sorry for?” she demands.

Clearly wanting to do anything to mollify her, he sputters with the hesitance of someone afraid of giving a wrong answer. “Whatever it is you’re mad at me for?”

After seeing umpteen movies at this year’s fest, one thing is clear: Hollywood has not figured out what to do with men who aren’t evil or superheroes. Or, more precisely, it’s figured something out, but this caricature can’t possibly endure. The current film version of a cis male heterosexual, evident in nearly every scripted film I saw, is a hapless, harmless-ish joke-cracker who is trying hard to please because he’s so desperate for any crumb of female kindness. He is defanged, dysfunctional, and so unbold you could never imagine him holding up a boom box outside a young woman’s house to woo her.

In A Promising Young Woman, male suitor Ryan, played by Bo Burnham, asks the leading woman Cassie, played by Carey Mulligan, on a date even after she spits in his coffee. Cassie is working as a barista and is annoyed at something Ryan said. He apologizes and says, “If it makes you feel better, you can spit in my coffee.”

She does it. And then he proves his interest by taking a deep swig: subservience demonstrated. OK, she’ll give him a fake number at first, but eventually she’ll go out with him.

In Jessie Kahnweiler’s surprising and moving short film He’s the One, her male love interest appears to be sweet and sincere, but he also can’t bring himself to do his dishes and calls himself pathetic. That admission draws the couple closer.

In the film with the most commercial buzz coming out of Sundance, Palm Springs, Andy Samberg’s character is helpless and beer-soaked (while being charming and funny). His love interest, played with strength and sure-footedness by Cristin Milioti, is the one who puts on her thinking cap in an effort to solve their Groundhog Day-like dilemma.

In Downhill (an American reboot of 2014’s Force Majeure) Will Ferrell’s character pathetically abandons his family in a moment of crisis and sinks into shame and denial. It’s up to his wife played by Julia Louis-Dreyfus to figure stuff out.

In Alison Brie’s Netflix feature, Horse Girl, her character’s suitor, played by John Reynolds, is a gelatinous smear of need. He’s so hungry for the beautiful woman’s approval that he goes along with her unhinged ideas about alien abduction and other figments of what might be her mental illness until she has him wandering a graveyard at night.

Generally, this new Hollywood man is aware that he’s a rather useless man-child prone to a sucking codependence—Samberg’s character even launches into an awkward defense of codependency at one point. The new man exudes a feeling that “Gosh, please I’m doing the best I can…” even though he probably can’t change a tire, effectively wield a weapon against a deadly threat, or use a web browser without inadvertently closing all his girlfriend’s tabs.

In the offbeat comedy The Climb, the male lead is so hapless that the more decisive and powerful female lead must finally kick him to the curb. This guy can’t even carry heavy boxes properly. Moving out, he drops his carton of plates, and all he’s left with, tail between his legs as he backs away from his adult life of commitment, are shards.

It ain’t me, it’s the people that say

That the men are leading the women astray

But I say that the women today

Are smarter than the men in every way

These are simply field observations, January 2020. I’m not saying writers of rom-coms and rom-drams need bring back the Steve McQueens or Cary Grants. Or even the Harrys. I honestly don’t know what Sally would settle for now, but a man who compares her to a dog probably ain’t it.

No matter how harmless these new men are on the outside, even some of them turn out to do bad things. One of the only good men I saw portrayed was from the past, Greville Wynne, played by Benedict Cumberbatch in the 1950s-era spy-thriller Ironbark. In it, a crucial and wise female character is created from a composite of historical male characters and played by Rachel Brosnahan.

Mostly the only backbone-equipped, non-villainous men of honor appear in Sundance documentaries. A few gentlemen appeared amongst the elderly traditional Italian foragers in The Truffle Hunters, an elegant film that plays like an old master painting brought to life. Other men who seemed not so bad are the producers who serve Taylor Swift’s creative genius in Miss Americana.

But even in documentary there’s lots of man trouble. In Rachel Grady and Heidi Ewing’s Showtime limited docuseries Love Fraud, which screened all four episodes in a marathon, the focus is a bigamist con-man who has been married so many times he’s lost count. His skill is making women think he loves them, draining their finances and abandoning them, bereft.

A criminal deserving of scorn, the best you can say about him is that he’s confident.

The Best Movies at Sundance Were the Documentaries

Sundance Doc Investigates Brett Kavanaugh When Nobody Else Would