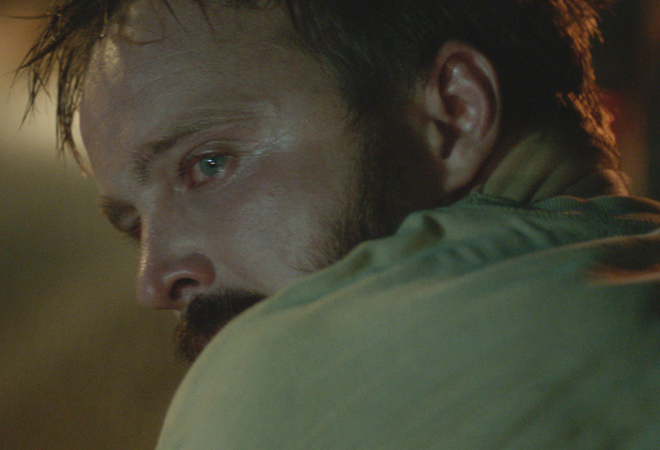 Navigating the Sundance Film Festival isn’t easy. So many movies are being screened for the first time, it’s hard to know what’s really intriguing until halfway through the confab. Before then, you’re relying on instinct and the ambiguous, sometimes goofy descriptions in the festival catalog. With the festival’s first weekend in the rearview mirror, here are six films we caught during our first two days in Park City, from a slow-burn French thriller and a notorious South Korean court case to Aaron Paul’s latest role and a 3D retelling of Madame Butterfly.

Stranger by the Lake
The French drama, about a man (Pierre de Ladonchamps) who witnesses a murder at a gay cruising spot but says nothing due to his infatuation with the killer (Christophe Paou), alternates between placid stretches and raw, unsimulated sex scenes. It’s a slow burn that lets viewers acclimate to an environment with which they may be unfamiliar, and also builds a terrific sense of unease. Fans of art house cinema should find it hugely rewarding.

Hellion
Aaron Paul attempts to shed his Breaking Bad character in this story of a screwed-up drunk trying to be a better dad. The film focuses on newcomer Josh Wiggins as Hollis’s older son, Jacob, who is facing a stint in juvie. After child protective services takes away Hollis’s younger son, Jacob and his dad both attempt to clean up their acts. The movie juggles too many subplots (motocross racing, Jacob’s troubled friend)but the actors keep things interesting, even if they aren’t enough to elevate the film beyond its “troubled youth” tropes.

Mitt
A behind-the-scenes look at both of Mitt Romney’s failed presidential campaigns, this documentary mostly leaves politics by the wayside to show the man behind the image. Progressive viewers might be perturbed while conservatives will likely be gratified at seeing Romney so relatable (he likes This American Life!). But leaving his policies off the table means the film could be about any political campaign, and Mitt feels pointless as a result.

Love Child
This documentary traces a precedent-setting 2010 court case in which a South Korean couple received a fairly light sentence for their role in the death of their baby. The child starved while the husband and wife played online games; their successful defense rested on the claim that they suffered from “Internet addiction.” (The condition could be added to the next version of the DSM.) Instead of provoking cheap outrage, Love Child picks apart the culture surrounding the case. Although South Korea boasts the most advanced Internet infrastructure in the world, an overwhelmingly connected populace is seeing the lines between reality and virtuality blur. This is a stylish, deeply unnerving look at the direction culture might be heading.

The Girl from Nagasaki
In this experimental 3D retelling of Madame Butterfly, Cho-Cho (Mariko Wordell), a survivor of the atomic bombing of Nagasaki, marries an American astronaut (Edoardo Ponti) then goes through massive emotional turmoil waiting for him to return. Directed by photographer Michael Comte, it’s occasionally visually stirring but mostly disconnected and alienating, filled with overwrought metaphors. There are interpretative dance numbers, psychedelic sequences, and more than a few baffling cameos (look for Christopher Lee and Hollywood producer Robert Evans). More than anything else, it’s dull and feels much longer than its 107-minute runtime.

Last Days in Vietnam
Rory Kennedy offers an account of the evacuation of Saigon in 1975 when the North Vietnamese broke the Paris Peace Accords and invaded the South while America cut its losses and fled rather than renew the war. The movie focuses on Americans who attempted to save their Vietnamese collaborators and people’s desperate attempts to escape the country ahead of imprisonment and execution. Last Days is filled with incredible stories, any one of which could be the focus of a single film, but Kennedy’s expertise gives breadth and depth to a film with only a handful of interviewees. Still, it could have used more Vietnamese subjects. Giving a stronger voice to the people whom this story impacted most directly could have transformed a good film into a great one.