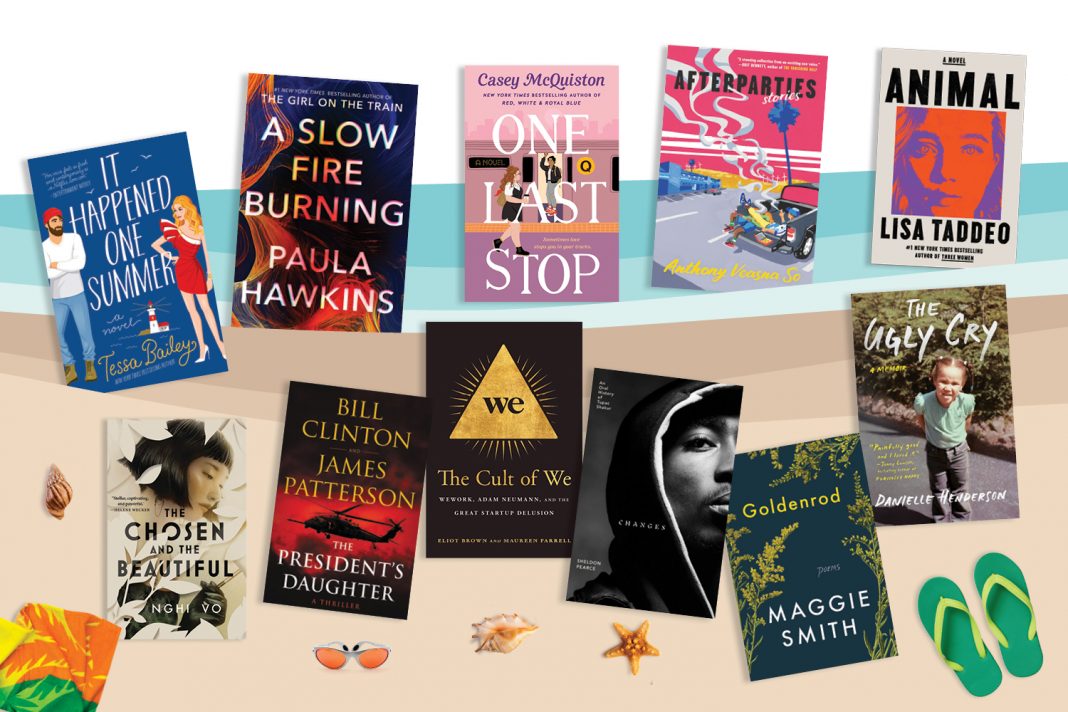 You’ve got the swimsuit. You’ve got the sunscreen. Now you just need the right thing to read during those lazy days on the sand. Our roundup of the best summer books is basically as essential as the right beach chair.

It Happened One Summer by Tessa Bailey

With a rom-com-ready premise­—a sassy Beverly Hills debutante ends up having to manage her late father’s dive bar in the Pacific Northwest (and she likes it)­—this requires only slightly more effort than applying sunscreen. But, given that it’s inspired by Schitt’s Creek and written by bestselling-author Bailey, it’s much more fun. Avon Publications, July 13.

The Chosen and the Beautiful by Nghi Vo

This queer, magic-tinged reimagining of The Great Gatsby swirls around a Vietnamese adoptee who finds herself both desired and shunned amid the dazzling parties of the Jazz Age. Tordotcom Publishing, out now.

From the author of The Girl on the Train, this slow burn of a thriller looks at three women under investigation for the gruesome murder of a young man on a London houseboat. Riverhead Books, August 31.

The President’s Daughter by Bill Clinton and James Patterson

After their wildly successful The President Is Missing, the powerhouses are back with a suspense-filled novel about a former POTUS and Navy SEAL whose daughter is held hostage. It’s an entirely new cast of characters from the duo’s first foray, but expect the same monstrous sales. Little, Brown and Company and Knopf, out now.

The Cult of We: WeWork, Adam Neumann, and the Great Startup Delusion by Eliot Brown and Maureen Farrell

Changes: An Oral History of Tupac Shakur by Sheldon Pearce

Twenty-five years after Tupac’s death and 50 years after his birth, the New Yorker’s Pearce deftly weaves together myriad voices on the legendary rapper. Simon & Schuster, out now.

One Last Stop by Casey McQuiston

McQuiston’s bestseller Red, White & Royal Blue was one of 2019’s most celebrated love stories. In her sophomore efffort,  a cynical teen falls hard for her dream girl, who happens to have been transported from the 1970s to modern-day New York City. St. Martin’s Griffin, out now.

This poetry collection from the writer of the viral poem “Good Bones” and best-selling book Keep Moving is full of elegant examinations of love, loss, solitude, and parenting. Atria/One Signal Publishers, July 27.

Afterparties: Stories by Anthony Veasna So

Short fiction doesn’t usually get much hype, but this is one of the year’s most anticipated titles. So, who died in December at 28, paints lively portraits of young Cambodian Americans reckoning with their refugee parents’ traumas. Ecco, August 3.

The Ugly Cry by Danielle Henderson

The TV writer and creator of the popular Feminist Ryan Gosling blog mines her upbringing as the only Black kid in a white suburb for dark comedy. Viking, out now.

Taddeo’s exhaustively reported Three Women was one of 2019’s most talked about titles. With her first novel, she again portrays the rich inner life of a woman, this one coming to terms with the violence she’s witnessed. Avid Reader Press, out now.