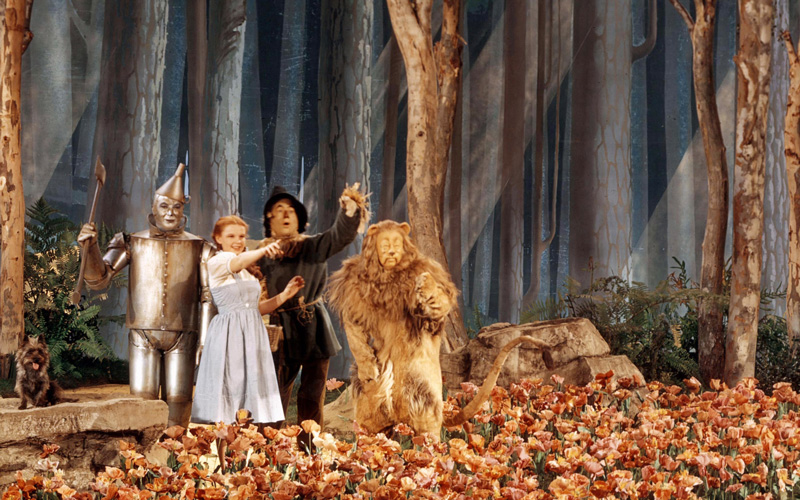 The painted movie backdrop is a dying art, obviated by the rise of the green screen. But there’s still something enchanting about those old Hollywood matte paintings; they lent a theatrical tone and texture to the films that defined an era—though the artists who made them often went unacknowledged.

A new coffee table book, The Art of the Hollywood Backdrop, is finally giving the art form its due. The book provides an oral history of the scenic artists behind the industry’s most ambitious backdrops, and it notes the ways the art form continues to be used in contemporary films. Most importantly, it’s packed with striking photographs of some of the most astoundingly detailed backdrops in cinema history. These are a few of our favorites.

The Wizard of Oz

The Art of the Hollywood Backdrop by Richard M. Isackes and Karen L. Maness is available now.

Thomas Harlander is a staff writer at Los Angeles magazine. You can follow him on Twitter and Instagram. He recently wrote The Battleship USS Iowa Is Hosting an Unusual Sleepover for Adults.