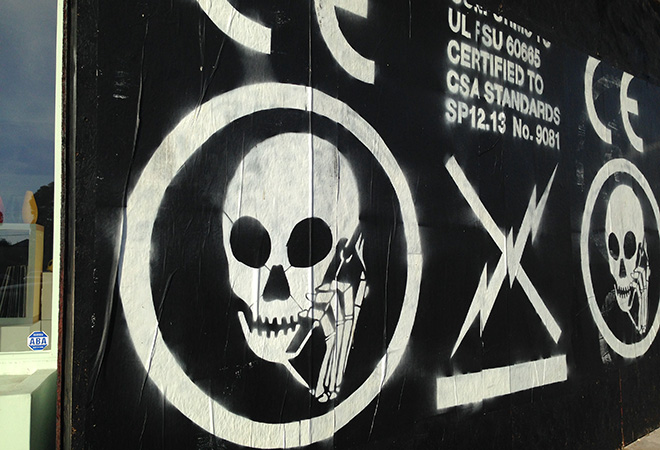 Skullphone first appeared in the late 1990s and his eerily prescient image of a skull holding a cellphone became an indelible on city streets. We’ve come a long way technologically; the newest smart phones, with their opportunities to stay constantly connected, are addictive. And it’s only going to get worse. Skullphone called it.

WHAT
Skullphone is always looking to make a statement. He caused a stir in 2008 when he was thought to have hacked a digital billboard. No one knows what really happened, and that’s part of Skullphone’s mystique. His work has begun showing up again in its most original form, wheatpaste. This may be timed to his limited edition shoe release with Volcom, but we can’t say for certain.

WHO
Skullphone is an L.A.-based artist who makes sure to give the East Coast equal love.

WHERE
On Melrose Avenue just west of Orlando on the way to Alfred Coffee.