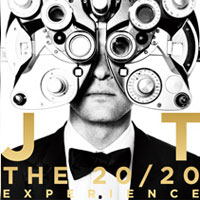 In the late 2000s when Justin Timberlake had exchanged his dulcet, dancefloor tunes for an acting career with a recurring role on Saturday Night Live, no one was more concerned than Andy Samberg. During a sketch that spoofed Inside The Actor’s Studio, Samberg and JT — playing interviewer and interviewee — stared at each other ultra-seriously until the first question escaped through Samberg’s schoolboy grin, “When are you going to make some more music?” And after the pop icon marched offstage, ”We just want to dance again!”

The better part of a decade has elapsed and this weekend JT became an SNL five-timer, but we finally have an answer: Today is the day we can finally dance again. Timberlake’s new album, The 20/20 Experience, doesn’t drop until March 19th but as of this afternoon, it’s streaming on iTunes.

Somewhere, at this exact moment, Andy Samberg is two stepping to “Suit & Tie.”

The ‘Framing Britney’ Team is Working on a Janet Jackson Documentary