Home Science This Show is Like the Moth, but with Science 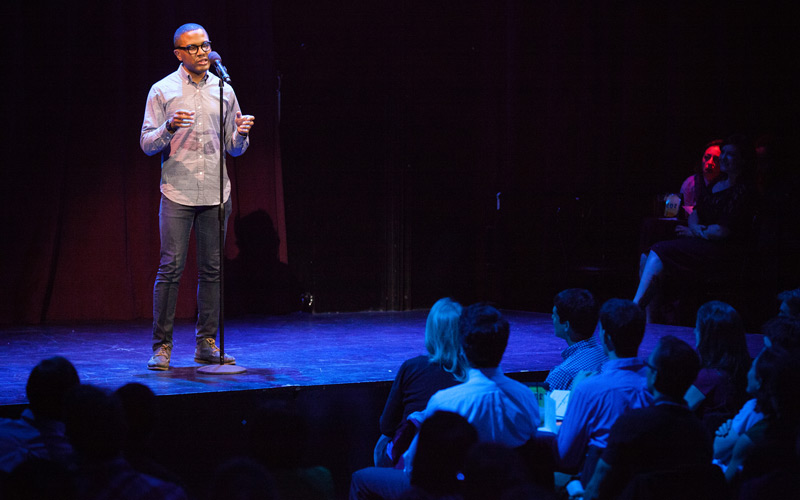 Photo by Adrianne Mathiowetz for The Story Collider

The Story Collider is coming to Los Angeles. The live storytelling show and podcast was started by two New York City physicists back in 2010, and has since expanded to various cities in the United States. Erin Barker, The Story Collider’s artistic director, says, “Expect to hear true, personal stories about science. These stories can be funny, or dramatic, or adventurous—and they come from both scientists and nonscientists. What they’re not are lectures. There are no PowerPoint slides or blackboards at Story Collider. The science is only for entertainment purposes.”

You can hear about each of their eureka moments Thursday, August 24, at 8 p.m. at the El Portal Theatre (5269 Lankershim Boulevard in North Hollywood). Tickets are $10.

RELATED: The Orbit Pavilion is a Reminder That We Live in an Age of Wonder