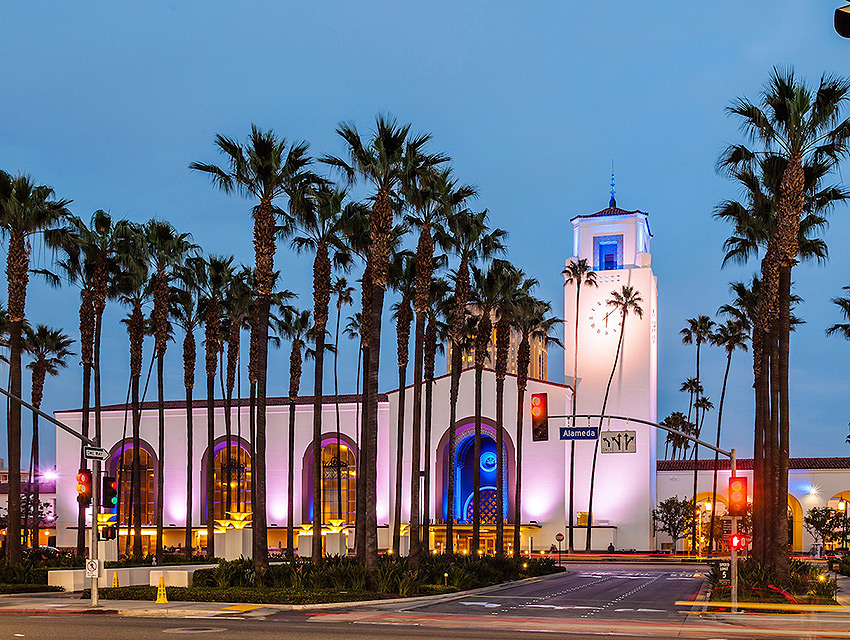 With a glut of smartphone apps vying for our attention, being present in the real world has become increasingly difficult. (Not getting hit by a car is, like, fourth priority between scanning the Wikipedia page for “papaya” and catching the Snorlax a block away.) But Union Station 360°, a free multimedia event at—you guessed it—Union Station, sounds intriguing enough to merit a few hours of the time we’d normally dedicate to Pokemon Go (plus, hey, sick Snaps).

From July 15-24, downtown’s primary transit hub will transform into a technological playground thanks to experiential design firm The Hettema Group (THG), who is using Union Station as its canvas for an “immersive 4-D and cinematic experience.” None of those are words I really understand, so Phil Hettema, who owns THG, elaborated over the phone. Union Station 360° “uses both visual and sensory aspects in sort of unconventional ways,” he says. “We’re projecting on walls and arches. We actually have a large translucent screen floating in the air that images will project onto. We’re not only expanding the media into the space, we’re doing it above you and below you.”

In the center of the plaza, directly below the suspended screen, an eight-foot sphere acts as the point of interaction with the projected images. “The audience can go up and move their hands across the sphere, and it actually controls the imagery that’s both on the sphere and on the screen above it,” Hettema said. So basically:

The images in Union Station 360° will come together to form a series of four-minute vignettes, each showcasing a unique side of Los Angeles: Hollywood, road infrastructure and transportation, street art, and the city’s multiculturalism. There’s no specific narrative to the vignettes, but rather they’re quilts of images—emblematic of their themes and even “kaleidoscopic” at times. THG and composer Andy Garfield created original instrumental scores to accompany each vignette. “The Hollywood theme is a much more classic soundtrack, while the transportation-themed piece has an electronic, driving pulse to it,” Hettema said. Even with this Skynet-level tech, the experience won’t be gimmicky or intrusive. “Until you step inside, you might not even be aware that it’s going on,” Hettema says.

Both Union Station and THG are confident the project will accentuate the significance of the iconic rail depot. “Everything is centered around the idea of, ‘Here we are at Union Station,’ the heart of this romantic notion of what L.A. is and its modern transportation infrastructure,” Hettema says. “What we really hope is that people will walk away thinking about new ways to see Los Angeles.”