Home Music Stevie Nicks Made History on Friday. Let Us Celebrate Her Glory 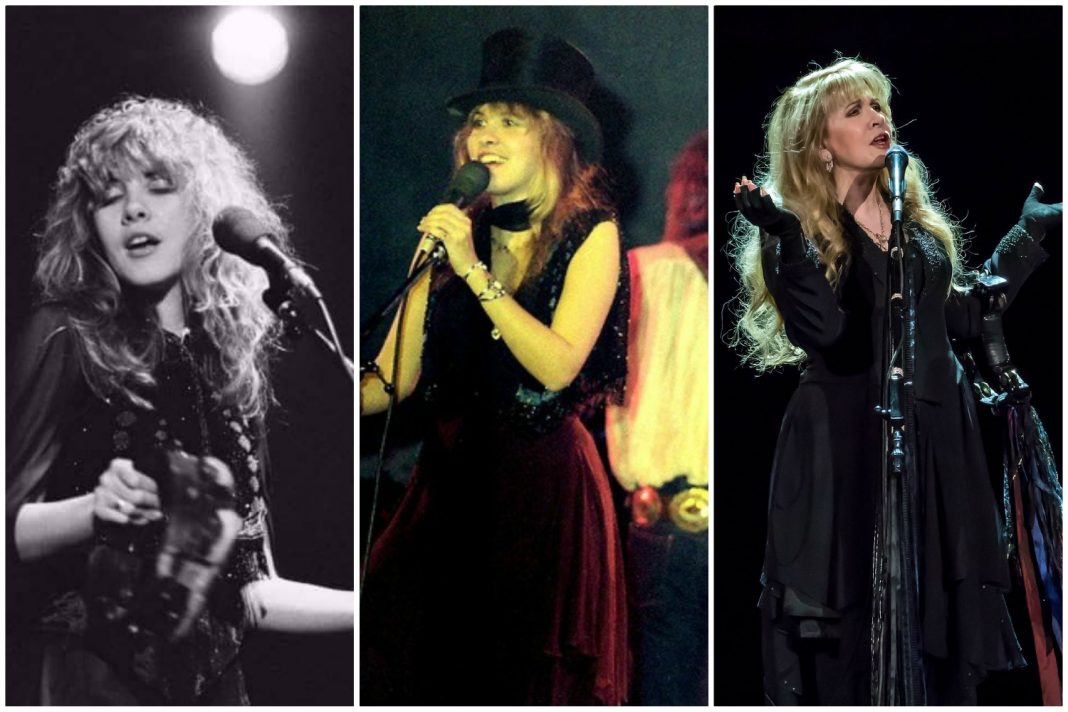 She may be Rhiannon, a wood nymph, a sprite, and every other version of those iconic ethereal feminine icons you can think of—but bottom line: Stevie Nicks is a badass. A witchy woman who loves fantasy and fairytales, but also a seriously strong feminist who’s outspoken, fearless, unique—and who’s survived more breakups and breakdowns than she owns shawls.

Stephanie Lynn Nicks is being inducted into the Rock & Roll Hall of Fame in Cleveland for the second time on Friday, and it’s history-making—no other female rocker shared the honor. Nicks was inducted as a member of Fleetwood Mac in 1998; this time for her equally amazing solo career. The 2019 Roll & Roll Hall of Fame inductions will be shown on HBO starting April 27. But in the meantime, here’s a look at ten ways she’s proved she’s a forever-member of the incredible women hall of fame.

1. She survived addictions to cocaine, booze, cigarettes, and alcohol after several trips to rehab—plus a bout of Epstein-Barr related to leaking silicon breast implants—and is now sober and still touring at almost age 71.

2. Some of her greatest hits—Landslide, Stand Back—were written about ex-lover and bandmate Lindsay Buckingham, and others were about her affair with bandmate Mick Fleetwood, who was married at the time. She’s been performing them on stage along with her exes for years and years. No shame in the game.

3. She’s also been up front about her other affairs with with fellow rock stars, including Eagles members Don Henley and Joe Walsh, and solo artist J.D. Souther, plus a relationship with producer Jimmy Iovine, who she worked with.

4. When she read Lindsay Lohan wanted to play her in a biopic, she said, “Over my dead body. She needs to stop doing drugs and get a grip.”

5. She created her own inimitable look based on her love of Dickens, gypsies, fairytales, and all things Victorian. Now any woman who dons a top hat, fingerless gloves, shawls, leather and lace, lace-up boots or thick bangs—all together or one at a time—is considered to be biting her style. “Designers have been ripping me off for years,” she told Billboard a few years ago. “They think I don’t see it, but I do.”

6. She loves Night of 1,0000 Stevies, the annual New York drag ball and revue, and keeps threatening to show up. One year, she sent a video to the fans saying how much she loved the techno versions of Sara and Edge of Seventeen.

7. When touring in the early days of Fleetwood Mac, she demanded her hotel rooms be painted pink and outfitted with white baby grand pianos. If her requests weren’t met, she’d check out immediately.

8. She gave up living in her 30-plus room Los Angeles mansion to reside in one giant room overlooking the ocean in Malibu, because she can’t write without looking at the ocean.

And in 2002, she told Rolling Stone: “I made a choice to not be married and not have children, because I wanted to be a big-time rock & roll star. And people can get mad at me for saying this, but I did not feel that I could do both. I would have been, I think, a great mom, and I would not have put my career first once I had a baby. […] Even in my really bad, drugged-out days, I didn’t go away. I still toured, still did interviews. I never gave up the fight. That’s why I’m who I am today, because I didn’t leave. And I think I made the right choice.”

10. She’s always remained true to her style, her voice, her vision, and has never shied away from being her authentic self. “Everyone else changes. I don’t change,” she told the Guardian in 1998. Still true today and that’s why her fans love her so much.