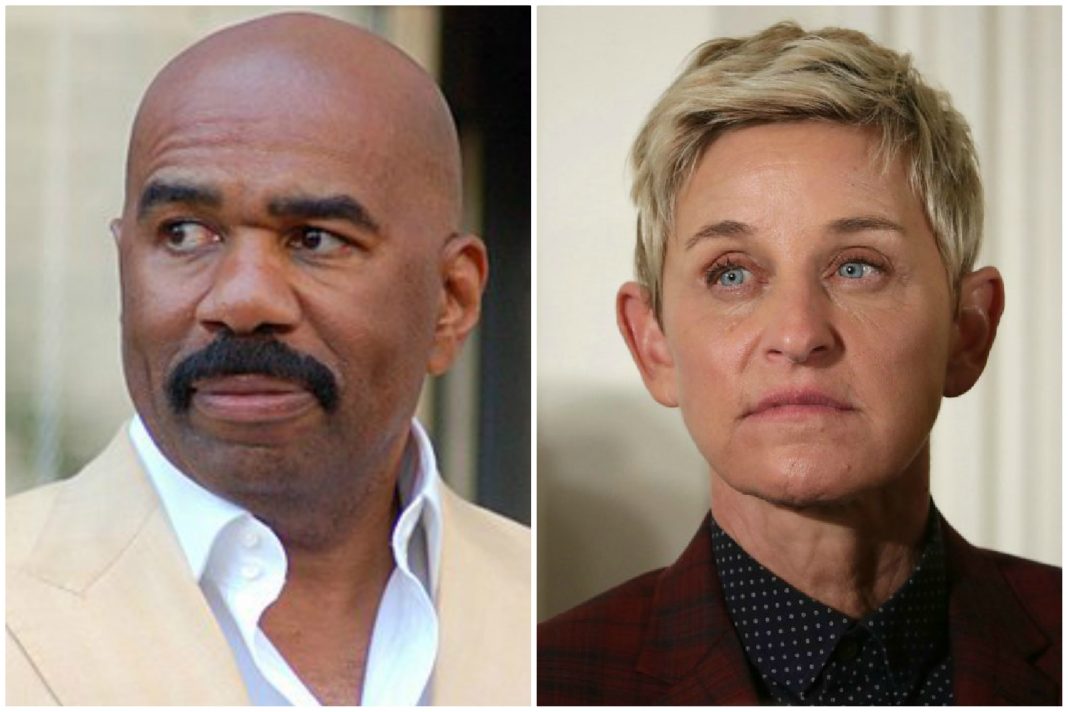 “I’m going to say this about it,” Harvey shared in an interview with People. “Ellen DeGeneres, the person that I know, that I’ve known for a number of years, that I saw back in the comedy club days, when we used to split time with the same management, all of this and what’s happening now, Ellen, the person, is probably one of the coolest and kindest people I’ve met in this business.”

The embattled DeGeneres is as the center of a series of scandals about her personal and professional conduct, as well as the conduct of senior staffers overseeing her daytime show. But that doesn’t appear to have dulled Harvey’s opinion of her.

“People want to take something and make something out of everything,” he said in the interview. “[Ellen] has no control over what every staff member does, what every producer does, you can’t control that. You don’t even know some of the stuff that’s happening.”

He conceded that, “it’s her name that’s on the show,” and thus she is held responsible to “take the hit” for conduct.

Harvey himself has come under fire for his conduct on set. In 2017, he wrote a list of strict rules for how he wanted to be treated by employees. The rules forbade meetings without appointments–describing encounters with employees and guests in the hall as “ambushes”–and banning any meetings in his dressing room. In the memo he implored staff, “Do not attempt to walk with me.”

Dominique Collier, a model who was a guest on Harvey’s talk show, sued Harvey for harassment in 2018. Collier alleged she was forced to change out of her own clothes and into more provocative attire in order to appear, and that the audience was then allowed to describe her as looking like a “whore,” “slut,” and “ratchet.” When she left the stage and was crying in a dressing room, she alleged Harvey carried her clothes to her, personally handling her bra and undergarments.

Ellen Lists Her Montecito Estate for $39.9 Million a Year After Buying It