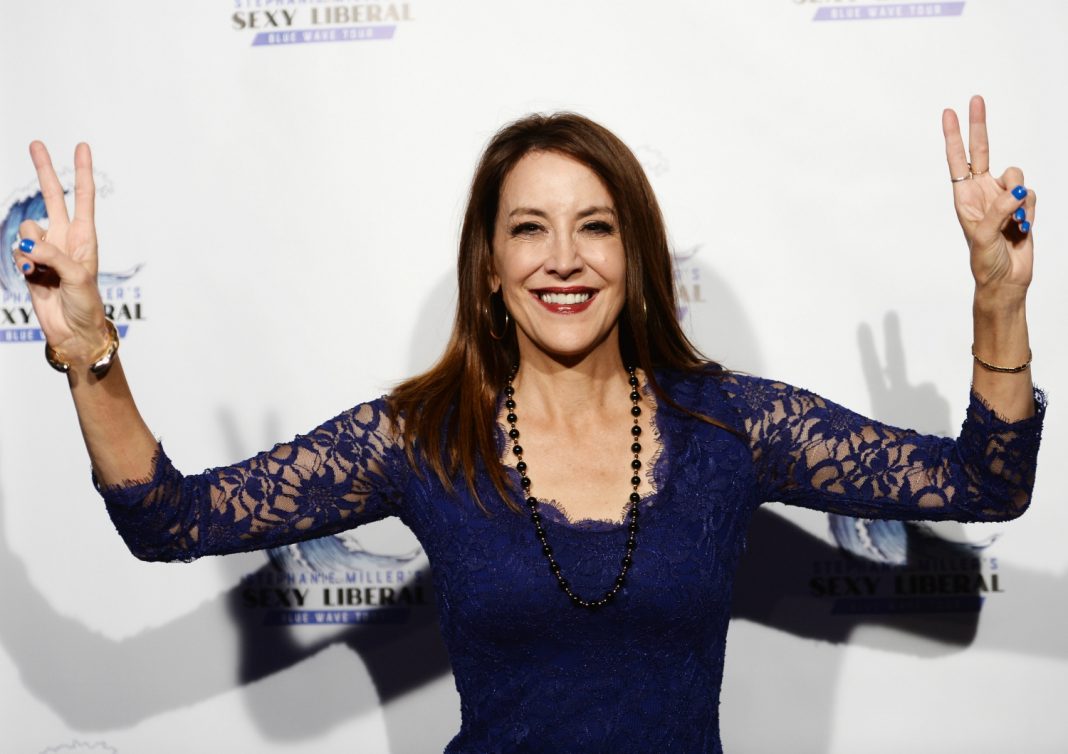 I am walking up my block to a party, this time with a bottle of wine that isn’t even from America. In the three months since the election, Stephanie’s house has become busier than ever, a center of revolutionary fervor. Democratic representatives Nancy Pelosi, Maxine Waters, Ted Lieu, and Adam Schiff show up for her “Stephanie Miller Resistance Dinner Parties.”

After my trip to Miami, Texas, I want to observe my fellow elites with a new perspective. Maybe our striving, global, diverse, loosely intertwined lifestyle is breaking the world into angry atoms. To find out, I’m traveling to the most elite area possible. Which, the elites will be pleased to know, will not leave any carbon footprint.

While the best place to observe nationalists was in Miami, Texas, because they rarely leave their town, the best place to observe elites isn’t in Georgetown, Palo Alto, or even my district in Los Angeles, where only 11 percent of votes were cast for Trump, mostly likely as part of an ill-conceived conceptual art project. The most elite location isn’t a physical spot because we sort ourselves into buckets too tiny for a zip code; not everyone on my block is equally elite. That’s why we convene at pop-up inversions of Miami, Texas, such as the party I’m going to now. While 95.3 percent of Roberts County voted for Trump, that’s not as impressive as the percentage of Hillary Clinton voters at Stephanie’s parties, which is 100. I do not know that for a fact, of course. It could be that one guest voted twice, bringing the figure up to 101 percent.

Unlike in Miami, where everyone knows the newcomers as soon as they move into town, I lived in my house in the Hollywood Hills for two years before meeting Stephanie, who lives four doors away. Elite Los Angeles is friendlier than elite New York, where I lived in an apartment for seven years and never knew all the people on my floor. 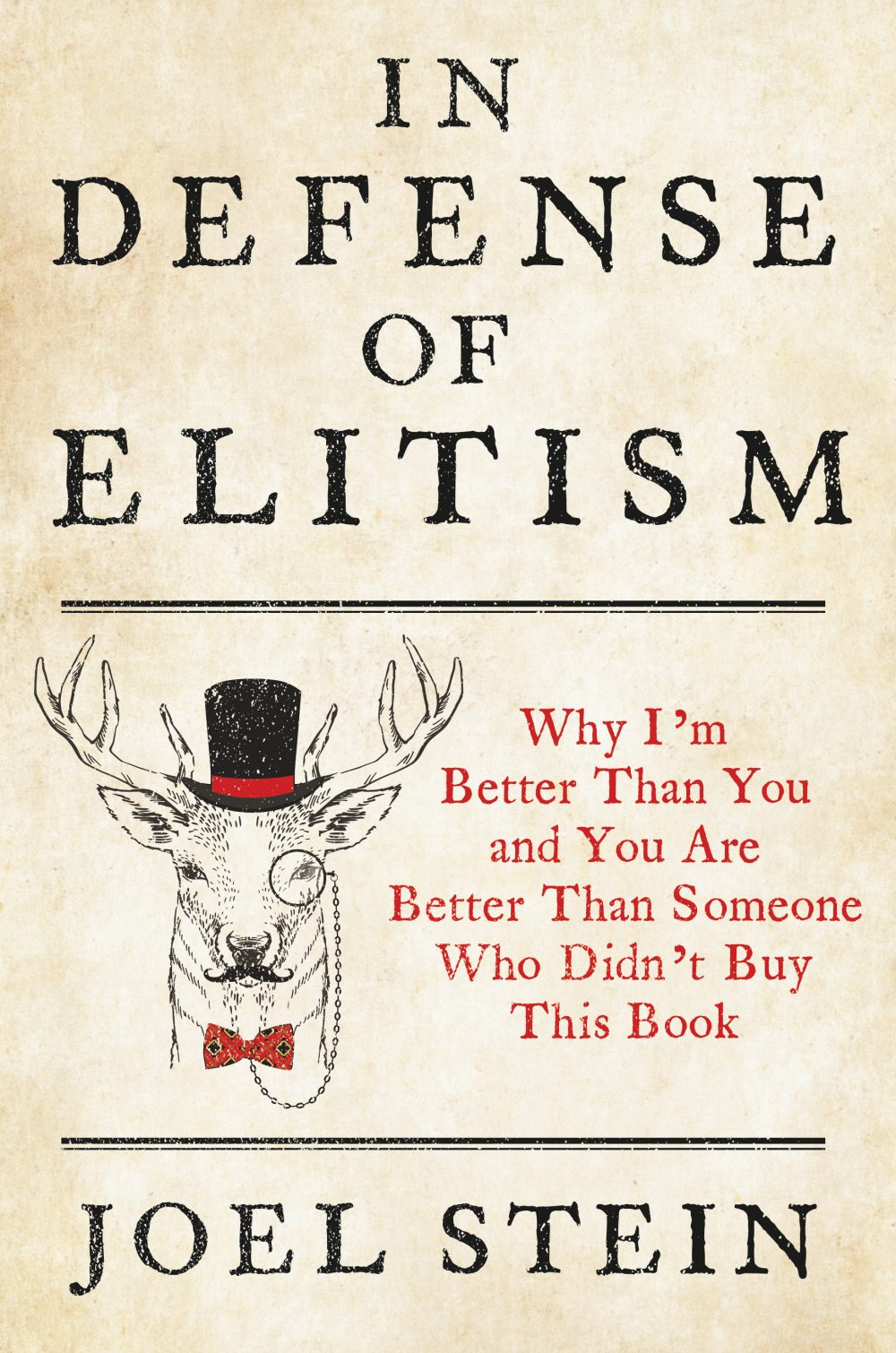 The only reason I met Stephanie is because the lights in our house went out early one evening. My wife Cassandra suggested we walk around and see if the whole neighborhood lost power or if I had to pretend to try to fix something in our house. It wasn’t dark enough out for us to tell from looking into peoples’s windows, so when Cassandra heard people in a backyard, she rang the bell on the gate to get some information. A young guy came up and said it wasn’t his house, but invited us in. This seemed an unnecessary part of our quest, but like any good member of the elite, Cassandra will not pass up an opportunity to look at real estate. We walked uphill past a pool to a patio where nearly a dozen people sat around a table, drinking white wine and recording a podcast. Three were comedians famous enough that I knew who they were. When Stephanie recognized me because of my Time column, she started to interview me. It was the third podcast I had been a guest on that was recorded on my block. I am including my own podcast.

Stephanie did not need electricity to record a podcast. That’s partly because of batteries. But it’s also because Stephanie herself is electricity. She talks quickly and gestures even more quickly, her long dark hair always a second behind her. The most shameful failure for a member of the elite is not being busy. In other parts of the country, when you ask people how they’re doing they’ll say, “fine,” “good,” or “flippin whippy.” Everyone I know responds: “busy.” And Stephanie is one of the busiest. I often stumble out of my house at 9:30 a.m. and see her, already finished with her workday, in yoga pants and a baseball cap, returning from a hike, biking up our street, or walking her two enormous white Great Pyrenees. An hour later, she’ll go by my house again, this time talking into her phone about politics while walking back from the grocery store, which is technically legal in Los Angeles only because there has never been a test case.

Stephanie has been a member of the elite her whole life. Her father, William Miller, an excellent golfer and bridge player, was an assistant prosecutor at the Nuremberg trials, a seven-term member of the House of Representatives, chair of the National Republican Committee, and 1964 vice-presidential nominee under Barry Goldwater. Stephanie went to the University of Southern California, became a standup comedian, landed a radio show, had a late-night television talk show in the 1990s, and hosted several game shows. The Stephanie Miller Show, which she broadcasts from her basement, features interviews with celebrity guests, song parodies, and fart jokes; it has nearly six million daily listeners and is one of the five most important liberal talk shows, according to Talkers Magazine. She is a skilled host, having mastered the most important elite skill, which is networking. Her greatest trick in collecting people is making everyone feel important. Stephanie spits out compliments like a stripper. It’s 9 a.m., you’re in your shorts and T-shirt, unshowered, throwing out a bag of garbage, and suddenly you’re handsome, smart, and sexy. Stephanie is aggressively flirty, especially with men, despite being a lesbian. Her hands are suddenly squeezing your arm, her head abruptly on your shoulder, her green eyes making contact. Once, as I was leaving her house after dinner, she said goodbye by kissing me on the lips.

Cassandra and I walk up the steps to the two lion statues guarding the first door, ring the bell, and are buzzed through. We proceed through the outdoor patio and knock on Stephanie’s front door. She comes to the door wearing a silver peace sign necklace and one of the more than 100 anti-Trump T-shirts she has amassed since the election, including one designed by Martin Sheen’s wife, which reads, TRUMP GRABBED MY CUNTRY. She doesn’t know what happened to the bottle of Trump wine I brought to her election party: maybe it was spilled down the sink; maybe it anonymously met the fate described in a T-shirt that reads, MY LIVER CAN’T HANDLE TRUMP MUCH LONGER.

She leads us into the dining room, where she introduces us to the dozen Resistors seated around the dinner table. She does this in the manner that all great elites do, which is as if they are hosting a late-night talk show. She calls me “the famous, hilarious columnist for Time magazine.” Everyone is some Mad Libs of the adjective “brilliant,” “successful,” “talented,” or “beautiful” followed by the noun “actor,” “lawyer,” “professor,” “writer,” “comedian,” or “host.”

As caterers serve the non-vegans among us salmon, we discuss national politics. The first difference I notice from Miami is the speed and volume of our conversation. I have never been part of a more heated conversation in which everyone agrees. Eventually, the dinner transforms into a question-and-answer with Malcolm Nance, a former navy officer specializing in cryptology, who is a counterterrorism analyst for NBC News and the author of The Plot to Hack America: How Putin’s Cyberspies and WikiLeaks Tried to Steal the 2016 Election. Malcolm repeatedly says he has confidential intelligence that he can’t share, and then shares it anyway couched with the terms “maybe,” “rhymes with,” or “an organization in Langley, Virginia.” At first I figured the navy must have been annoyed that his codes were so easy to break. Then I realized that asking an elite not to tell you everything he knows is like asking an elite not to be elite.

The brilliant, four-time Golden Globe–nominated director Rob Reiner asks Malcolm a bunch of detailed questions about Washington rumors, leading Malcolm to strongly imply that there is indeed a tape of Trump paying Russian prostitutes to urinate on each other. Talented actor Ron Perlman, multi-platinum-album-selling recording artist Moby, glamorous superstar lawyer Lisa Bloom, and hilarious comedy duo Frangela all nod seriously. They are sure that once Americans learn about this video, they will be so disgusted that Trump will have to resign. They are clearly not keeping up with trends in pornography. Over dessert, we debate the technicalities of how Trump will be either impeached, convicted, or removed by his own cabinet, one of which everyone at the table assumes is inevitable. “Trust me, we will have a part and a tay when this shitshow is over,” Stephanie says. A significant amount of time is devoted to how to fight the agenda of President Mike Pence.

All of this seems insane. A few months after voting for him, Americans aren’t going to take extraordinary actions to get rid of a president who is acting precisely like he did on the campaign trail. I politely suggest that Trump isn’t some isolated malignant mole that can be sliced off but rather part of an authoritarian cancer spreading throughout the world. This sounds sufficiently Trump-hating to me, but my denial that America has been swindled does not endear me to Rob Reiner, which sucks, because Rob Reiner endearment is the sole reason I came. It’s also not making me popular with anyone else at this table, each of whom is looking at me violently. My comments did less to change their position on impeachment than on capital punishment. I am about to explain that I was so anti-Trump I registered as a Republican in order to vote for Ted Cruz in the primary, but then I realize this will make them angrier. The people here aren’t as willing to withstand dissent as the people in Miami. I would not feel comfortable telling anyone here my opinion about abortion, which I think is morally wrong except in cases of rape, incest, or me accidentally getting a woman pregnant.

They go back to discussing how Russian bots tricked voters and how if middle-class voters were better educated, they wouldn’t vote against their own interests. I know if voters in Miami heard this conversation, they would find a way to vote for Trump twice. I stay as quiet as I can for the rest of the meal, trying not to offend. Being right is not worth being crossed off the guest list. I have worked too hard to get to this table to blow it now.

Excerpted from IN DEFENSE OF ELITISM. Copyright © 2019 by Handsome Bastard Corporation. Reprinted with permission from Grand Central Publishing. All rights reserved.

Do We Really Need Waiters Anymore?

My Sous Vide Machine Makes Me Better Than You