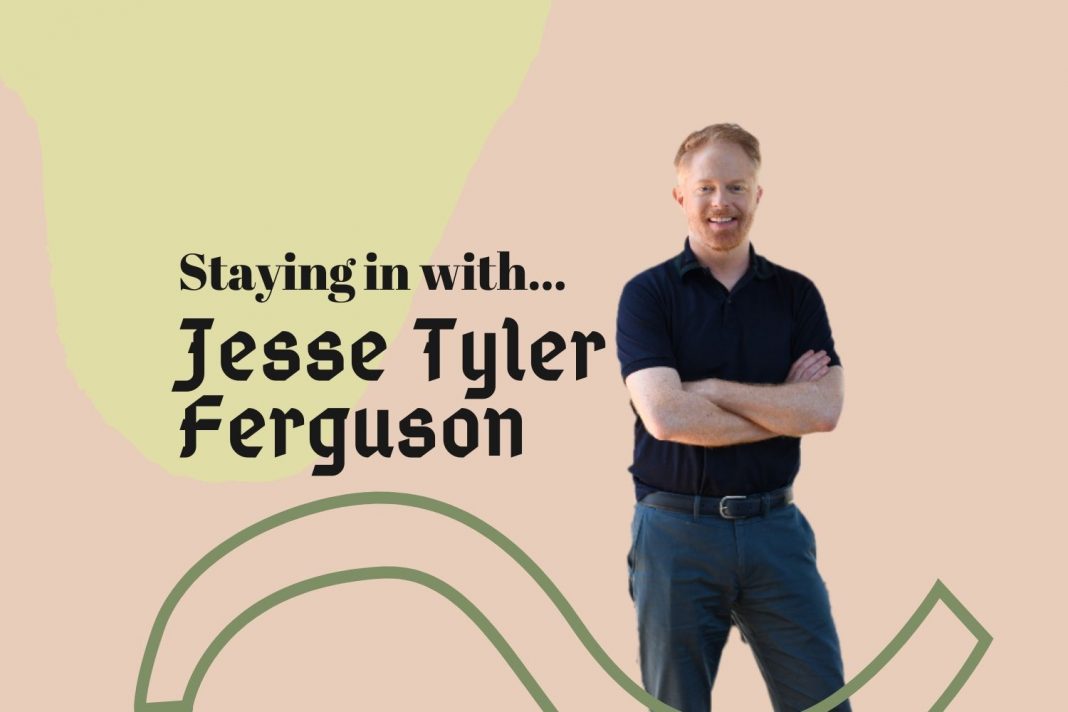 For our Staying in with… series, we ask interesting people what they’re watching, reading, and listening to while we all stay at home. In this edition: Jesse Tyler Ferguson. Find more in our Inside Guide.

Emmy-winning actor Jesse Tyler Ferguson might be best known for playing Mitchell Pritchett on Modern Family, which wraps up its impressive 11-season run on April 8. He can also be seen now on the rebooted Extreme Makeover: Home Edition, where his hosting style has been described by one HGTV exec as “the warm hug that everybody needs right now.” We couldn’t agree more. The season wraps up this Sunday with Ferguson and his squad turning one L.A. family’s home into a soothing “spa-like retreat.” We asked the charming star what he’s cozying up with in his own home retreat.

Jesse Tyler Ferguson is Staying in with…

Podcast: The Ballad of Billy Balls

I love a true crime podcast and one of my recent favorites was The Ballad of Billy Balls. It has more twists than Tiger King, if you can believe it! The characters are incredibly heart-breaking, and the story is beautifully told by iO Tillett Wright…an epic love story wrapped up in a murder mystery.

Theater Documentaries: Every Little Step, The Best Worst Thing That Ever Could Have Happened

There are several out there on various streaming platforms but the two I really want to recommend are Every Little Step, a behind the scenes look into the casting of the revival of A Chorus Line (available for rent on Amazon Prime) and The Best Worst Thing That Ever Happened, an in-depth documentation of the creation of Stephen Sondheim’s musical flop Merrily We Roll Along (you can find this on Netflix). While Broadway is temporarily shut down, these gems are by far the next best things.

I’m not just putting this on the list because I host the show. I feel like this series is the perfect antidote for these uncertain times. This show is really the best of humanity coming together to help families in need. It’s also a home renovation show, and no one does that better than HGTV.

What to Stream This Weekend: Black Is King, Muppets Now, and More