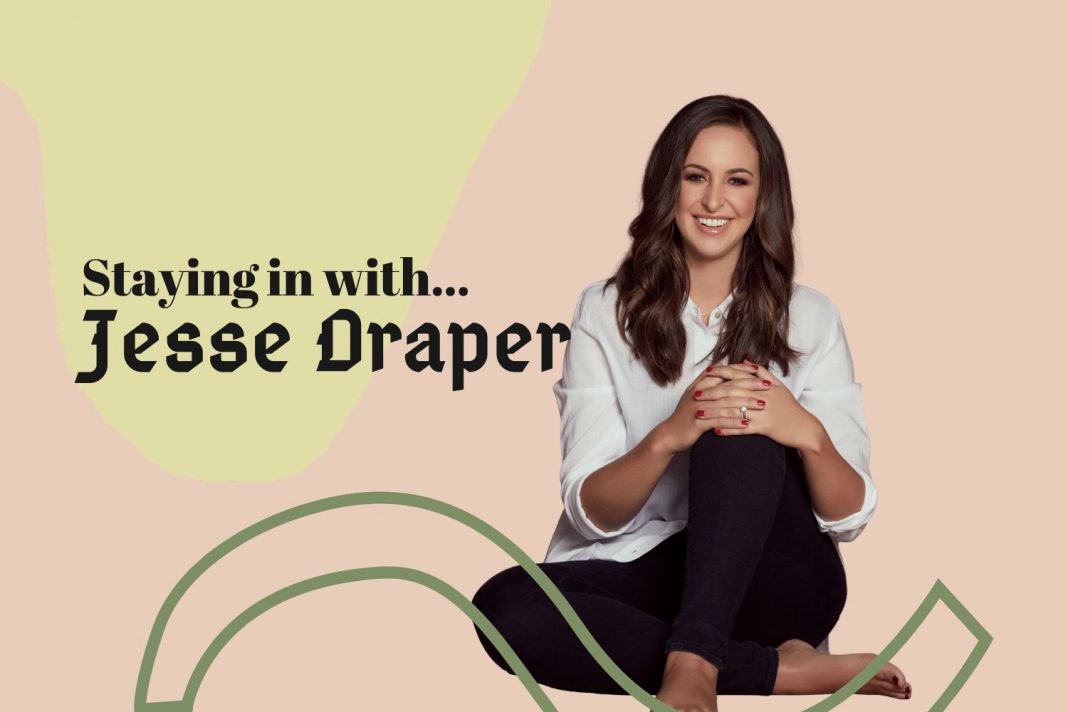 For our Staying in with… series, we ask interesting people what they’re watching, reading, and listening to while we all stay at home. In this edition: Jesse Draper. Find more in our Inside Guide.

Jesse Draper started out in front of the camera, appearing on Nickelodeon’s The Naked Brothers Band and later hosting her own Emmy-nominated web series, The Valley Girl Show. In 2017 she took a step away from entertainment and launched Halogen Ventures, a Los Angeles-based firm that invests in early-stage start-ups founded by female entrepreneurs. Through her fund she’s backed companies that have already become household names–like the Skimm, Glam Squad, and Good Mylk Co.–and brands that might be the next big things. Draper shares what she’s doing to stay connected and maintain her routines while staying at home.

Jesse Draper Is Staying in With…

Podcast: Reply All by Gimlet Media

This might be my favorite podcast. There are many hours of bingeworthy episodes, but if you haven’t heard their two-episode series on the Indian monopoly on robocalls, I would start there. I laughed out loud when they found a con artist’s Facebook photo and put it on their desktop screen so that when he tried to con them into a screen share this criminal, midcrime, saw his photo on their desktop. In addition to humor, they actually broke a story there.

With two young kids at home, it’s more important than ever to block off even just 20 minutes for myself—and I’ve been a bit more lax on screen time for the kiddos. I am obsessed with the free yoga, Pilates, and [high-intensity interval-training] workouts that Carbon38 has been hosting on Instagram live daily.

I’ve been using the Squad App to socialize with my friends during much-needed virtual cocktail hours! Think if Snapchat and FaceTime had a teenager: You can watch YouTube videos or share photos to one screen and use hilarious emojis—it’s like the new party line. I have been using it for a lot of meetings as well as my Squad Room can hold up to 50 people.

Get the Osmo Genius Starter Kit. It’s a little pricey but worth it. Paired with your iPad, it’s like renting a teacher to problem solve with your child. My friend sent me a picture of both her kids on one, and I bought it right away, and I am so happy I did. To all the parents out there who are suddenly homeschooling, I am using Umizoomi; I swear this show taught my son basic math and geometry. It’s amazing. Great for three- to five-year-olds. These times also just call for some old-fashioned TV-watching, and Daniel Tiger is a classic in our home. If you aren’t already in love with the Mr. Roger’s Neighborhood-based cartoon, this is like therapy for parents and teaches your kids emotional-intelligence-oriented behaviors. Brella (@hellobrella on Instagram) is also offering some great kids music classes and educational content during quarantine that you can put on your calendar.

What to Stream This Weekend: Palm Springs, The Old Guard, and More