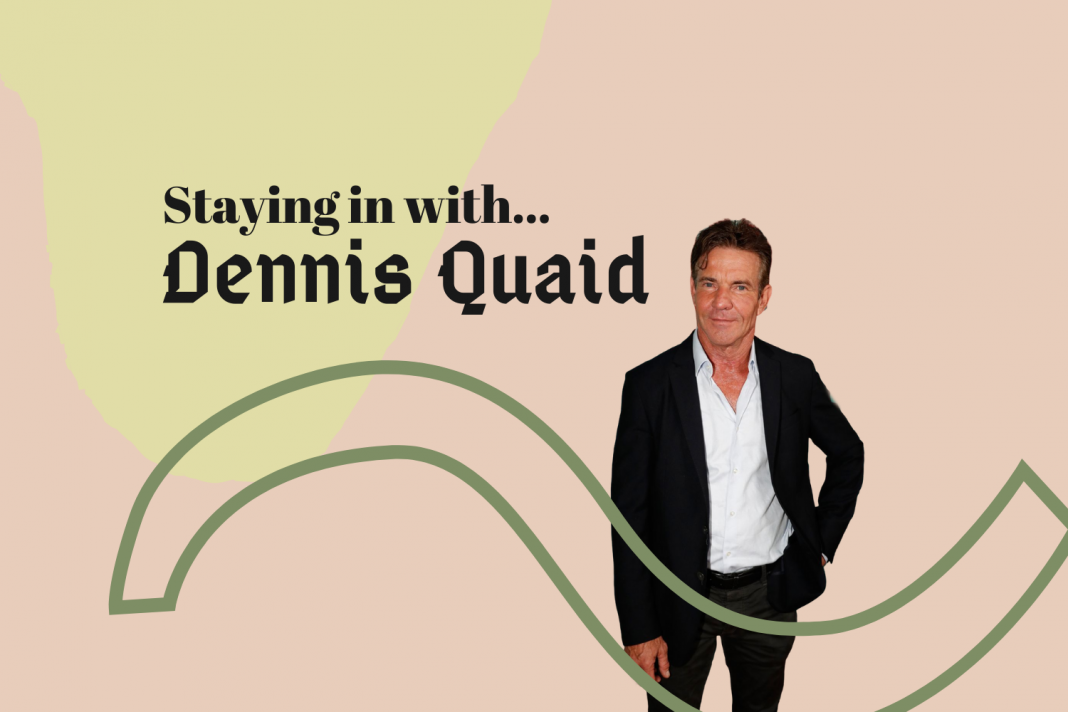 For our Staying in with… series, we ask interesting people what they’re watching, reading, and listening to while we all stay at home. In this edition: Dennis Quaid. Find more in our Inside Guide.

Dennis Quaid Is Staying in With…

I’m reading Ronald Reagan biography by Bob Spitz in preparation to play Reagan in a feature film later this year. The book is an all-encompassing tome of Reagan’s life from childhood until after he left office and gives a very in depth account of his principles, ideas, and philosophy and also the people and institutions that influenced him. I suggest reading the biography of someone you would like to pretend to be.

It is wildly entertaining and makes me so thankful for the life that I have. It has spread like a wildfire through all the quarantined homes of America, and I still don’t know who the good guy is, or if there is one. There but for the grace of God, go all of us.

I have been playing lots of piano, about four hours a day. I am taking an advanced self-taught course on Jerry Lee Lewis. When I got the role back in 1987 for Great Balls of Fire, I had a year to prepare for it. Jerry Lee was one of my teachers, and then I had a teacher who would come to the house four times a week to teach me the songs. Today, I have YouTube which shows you visually how to play the songs, and is especially convenient during this time of quarantine. I am also working on “Your Song” by Elton John just in case I get asked to host a worldwide charity concert.

We’ve all learned a lot about cooking in my house during these times. Going to the grocery store multiple times a week is considered dangerous these days. We’ve been eating a lot of soups which are easy to make in a crockpot, nutritious, and last for several days. I just throw in a bunch of vegetables we have on hand and some chicken broth and it always comes out delicious.

After 60 Years, Tito’s Tacos Is Offering Something New

What to Stream This Weekend: Somebody Feed Phil, On the Record, and More