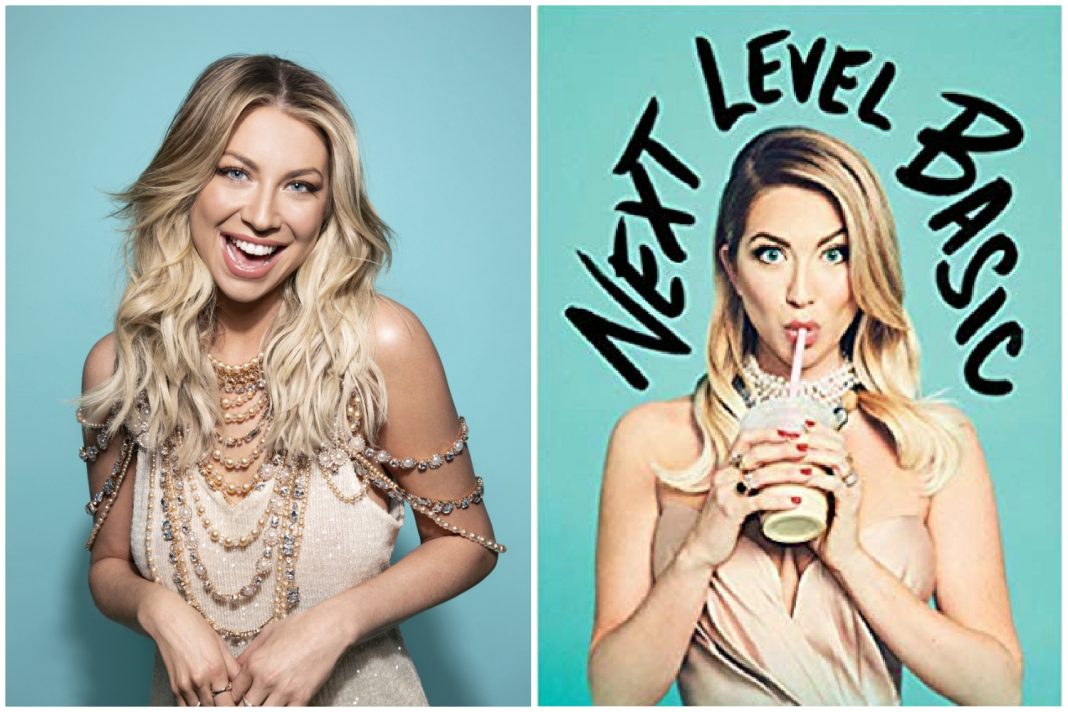 With her new book, Next Level Basic: The Definitive Basic Bitch Handbook, 30-year-old Vanderpump Rules star Stassi Schroeder is urging everyone to reclaim the idea of the “basic bitch” and revel in their Starbucks-swilling, Grove-loving, spray-tanner-obsessed selves.

“I realized that I can contribute to the world,” says Schroeder, who also confesses to loving bedazzled shoes, Sex and the City, and musical theater. “I might not be curing cancer or doing major shit, but at least I can help someone feel good about themselves and just embrace their basic bitch tendencies and have a laugh.”

Doing so hasn’t always come naturally to her, and she says Los Angeles and its pretensions don’t make it easier.

“It’s judgey central…in the worst way possible,” says the West Hollywood resident. “There have been so many times where I have been out at parties…and I’m just like. ‘I just want to talk about The Bachelor right now, but I can’t.’”

When she’s not extolling the virtues of basicness in the book, Schroeder dishes on her castmates. Her ex-boyfriend, Jax Taylor, is lovingly raked over the coals for getting a girl pregnant in Las Vegas while they were dating, but Schroeder says she believes Taylor is a changed man and he and his fiancée, Brittany Cartwright, are good together—though there’s always the chance he could revert to his old man-whoring, sunglass-stealing ways.

“I have seen such a transformation in Jax over the like last year and a half,” she says. “But do I know what’s going to happen? If he fucks up or does anything, I’m just going to blame myself for trusting in it…but I’m choosing to root for them and believe in this.”

She’s set to be a bridesmaid in their upcoming wedding, and she admits that there’s been the usual bridesmaid drama, such as co-star Kristen Doute being upset about not being chosen maid of honor.

“All this is doing is making me realize that when I get married, I probably won’t choose bridesmaids at all,” says Schroeder, who definitely sees marriage and kids in the future for her and her boyfriend, Beau Clark.

Meanwhile, she applauds SUR server Scheana Marie for her basicness. “I honestly really admire Scheana,” writes Schroeder. “She uses the pretty/flower/animal filter on everything, she only takes photos on one side of her face, she does the duck face in every photo, and thinks being called a ‘bootleg Kardashian’ is a compliment.” Schroeder concedes that she’s a little nervous about Scheana reading such passages, but insists that her praise is sincere.

“We’re not best friends, but we’re friends and I appreciate her for who she is,” Schroeder says. “I’ve always really admired the fact that she just totally leans in [to being basic].”

While her bitchy brashness has made her a divisive character over the show’s seven seasons. Schroeder says she feels that she’s portrayed fairly. And while the program has been criticized for seeming less real this season as its stars grow older, (slightly) wiser, and more restrained in front of the camera, Schroeder says there’s still plenty of drama and it’s real.

“What makes good reality TV is not thinking about it,” she says. “You really have to like live with your emotions and your feelings and your impulses and kind of just like not censor yourself. When people do censor themselves, you can see through that. During filming, I almost pretend like no one is ever going to see it. And then I deal with the repercussions afterward.”

Her fights with Clark, such as one in Mexico on a recent episode, have been especially hard for her to go back and watch.

“It’s mortifying,” she says. “Even in those moments, knowing I’m being filmed, I still just can’t control it.”

Next Level Basic: The Definitive Basic Bitch Handbook is out April 16 from Gallery Books.

RELATED: Vanderpump Rules Is the Anti-Housewives in the Best Way