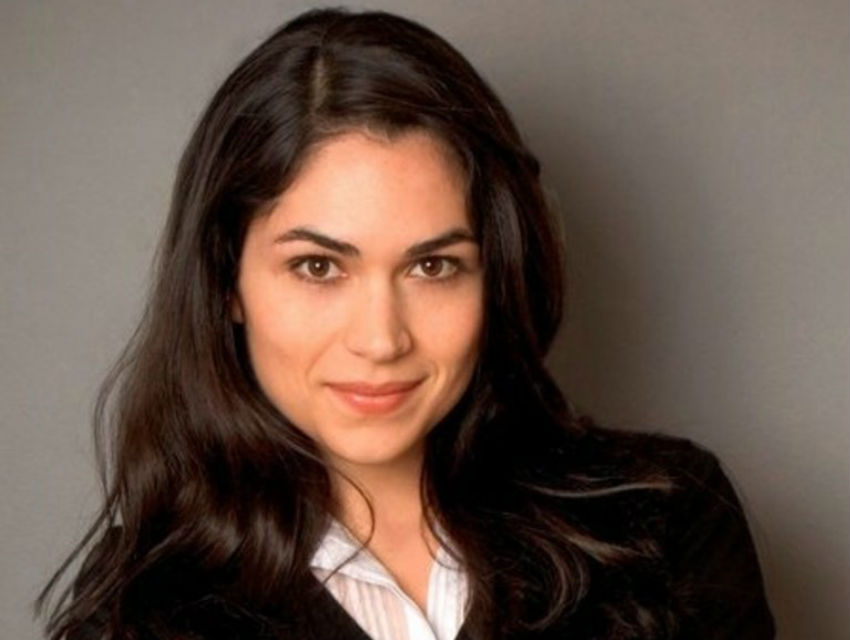 Not since the days of Mary Tyler Moore and Bob Newhart has Saturday night TV been worth staying home for—until Power came along. Produced by 50 Cent, the Starz drama centers around the double life of James “Ghost” St. Patrick (Omari Hardwick), a New York nightclub owner-slash-drug kingpin. It’s gritty, entertaining, and—with its record-breaking Season 2 premiere—it’s a hit. We asked star Lela Loren her thoughts on the show’s success, it’s inevitable comparisons to Empire, and those buzzed-about sex scenes.

When you first signed on, were you confident Power would be a hit?
The only thing that was clear when I first signed on was that it was one ambitious script. Whether or not we could pull it off was the question in all of our minds. All we knew was that we had work for the next five months, and that was as good as it gets in this business.

To what do you owe the show’s success?
I think there are a number of factors all working in concert. On the micro level, everyone who works on the show, from the shooting crew all the way up the ladder to the execs, are giving it their all. Power is a beast to produce. Everyone behind the scenes brings a thoughtfulness and dauntless work ethic day in and day out. On a macro level, there’s been an embarrassing dearth of entertainment that gives people of color center stage in today’s narratives, and the American audience wants to see characters with whom they can identify. Ghost’s world and story does that. And, also, it’s just good.

Tell us about your character, federal prosecutor/Ghost’s mistress Angela Valdez.
I’ve always found with people, and the same is true for Angela, the tougher the exterior, the more fragile and vulnerable the interior. Her independent, ambitious, competitive persona protects a huge longing, a fragile heart, and a gnawing fear that nothing good will ever come her way. That’s why it’s so important for her to be successful at her job, even if it means breaking rules and manipulating people in the process. That hungry heart is also why she’s so susceptible to the promise of love that Jamie offers, and why she’s willing to compromise her own values and risk everything for a chance to have it. The question remains how far will she go to keep their love alive, and what will happen once she finds out he is Ghost.

Despite Angela being smart and successful, were you ever concerned about whether or not audiences would root for her since she’s a mistress?
This question always makes me chuckle because people are more concerned with Angela being a mistress (and Ghost being a cheat) than they are about Ghost being a murderous drug dealer, which is telling. Angela is written to be a divisive character. All the characters on Power are; no one has their hands clean. The only thing I concern myself with is understanding Angela. She is madly in love with a married man, and with that comes a selfishness and a deep vulnerability. Some people will love her for it, others will want to scratch her eyes out. She’s architected to kick up people’s stuff.

Power is often compared to FOX’s hit Empire—how do you feel about that?
I personally think Power is much more similar to The Sopranos in that it deals with a character who is leading a double life and wants to become legitimate.

Being Mexican-American, what does it mean to you to represent a show that features so many people of color?
While I resonate deeply with my maternal cultural heritage, I identify as American. The U.S. is a rainbow of people with an endless scope of stories.  My hope is that writing stories about people of color will become instinctual rather than something to be pushed for.

It’s tough to find an article or interview about Power that doesn’t point out its steamy sex scenes. Given that shows are much edgier nowadays, does this amount of attention surprise you?
People are obsessed with sex. Showing more or less sex on shows doesn’t quell that obsession because it’s indicative of the value system that underscores the culture in our country. While it’s not surprising, it is hard.  Sex changes the conversation and often transfers it from the character to the actor, and particularly on social media, it’s a seesaw between unsolicited advances and shaming.

I’ve seen you and your co-stars talk about your playful nature on-set. Because the storylines can be very intense, do you make a conscious effort to keep the set environment light?
I would say it’s organic rather than conscious. It’s the way we happen to work as a cast and crew, and in that sense, we are very lucky, because we all like each other.

What can fans expect to see in the rest of Season 2?
Season 2 takes all the things you loved about Season 1 and kicks it up several notches. The last three episodes could be season finales in their own right.

Super Bowl Halftime Show Proves Nobody Has Forgotten About Dre