Home Film The New ‘Star Wars’ Trailer Ignites a Fresh Round of Theories and... 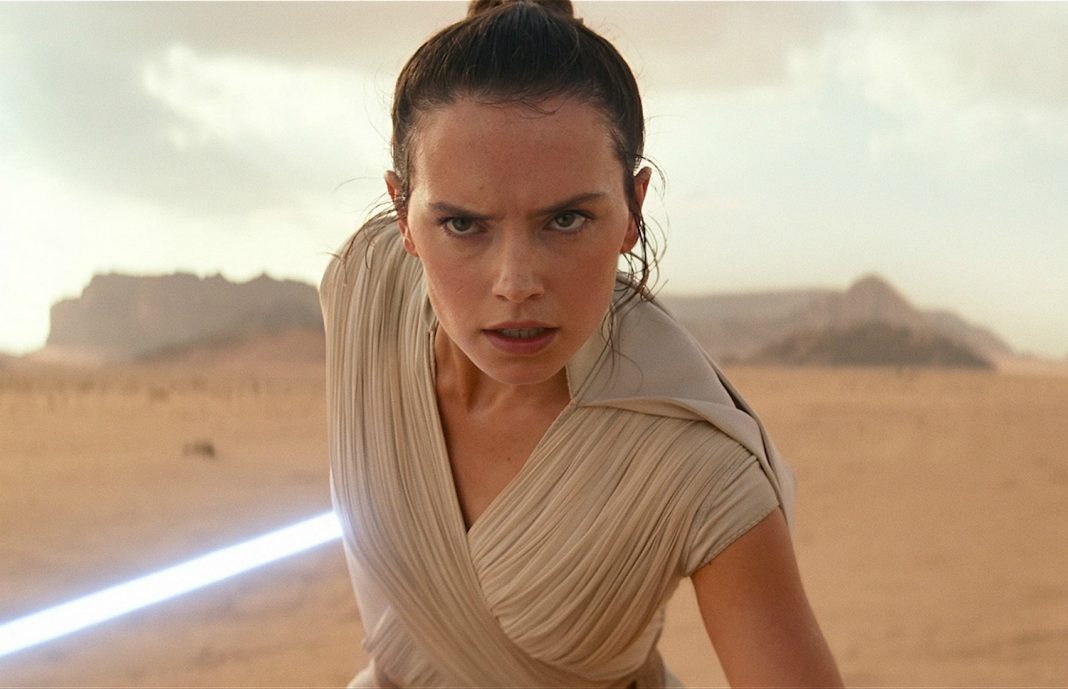 Last night, Disney dropped what it’s calling the “final” trailer for Star Wars: The Rise of Skywalker, and a legion of highly dedicated fans have wasted no time releasing their breakdowns. Often contradictory, often just plain bizarre, they’re always a blast, so we watched some of them for you.

Star Wars Explained believes the trailer opens on the jungle moon Yavin 4, the location of the rebel base at the end of A New Hope, and that the ship in the foliage is Leia’s trusty old blockade runner, Tantive-IV, captured by the Empire at the beginning of ANH.

Next we see Rey and Kylo Ren baring their lightsabers on some watery wreckage, which the internet all agrees is a big hunk of the second Death Star from Return of the Jedi, followed by Emperor Palpatine warning them that getting together will seal their doom. How, exactly the Emperor returns after seemingly being evaporated a Death Star exhaust port roughly 30 years earlier is the subject of theories involving clones, Force ghosts, and some kind of space magic found in “the Unknown Regions.”

Eckharts Ladder, however, defies most trailer scholars and insists that the shot of Rey staring up at something black and shiny from a vast stone floor proves that the Emperor is back in the flesh, “attached to some sort of life support device.”

Keen-eyed viewers generally agree that the black throne that pops on the screen next is right out of Ralph McQuarrie’s concept art of the Emperor’s throne from Return of the Jedi.

A few frames later, C3PO is next seen getting some kind of droid brain surgery and talking about having “one last look” at his friends. Speculation is that he’s retrieving the memories that were wiped out at the end of Revenge of the Sith.

While the consensus is that the black ruins Rey and Kilo are fighting in are the remains of the Emperor’s Return of the Jedi throne room on the second Death Star, few have any idea what that white room in the next shot is, though Mr. Sunday Movies guesses it might be inside Leia’s old Tantine-IV. Others are sure they see Chewbacca’s bowcaster and bandoleer in the background, and proclaim that it’s a prison cell for the Wookie.

Also up for debate is the black thing Rey and Kilo are destroying there, with some saying its Vader’s helmet on a pedestal, while others shrug and say it could be any random statue.

The most frightening prediction? Although Palpatine and Luke Skywalker are the only departed voices we hear in the trailer, Mr. Sunday Movies predicts, “We’re gonna get a Force ghost bonanza.”