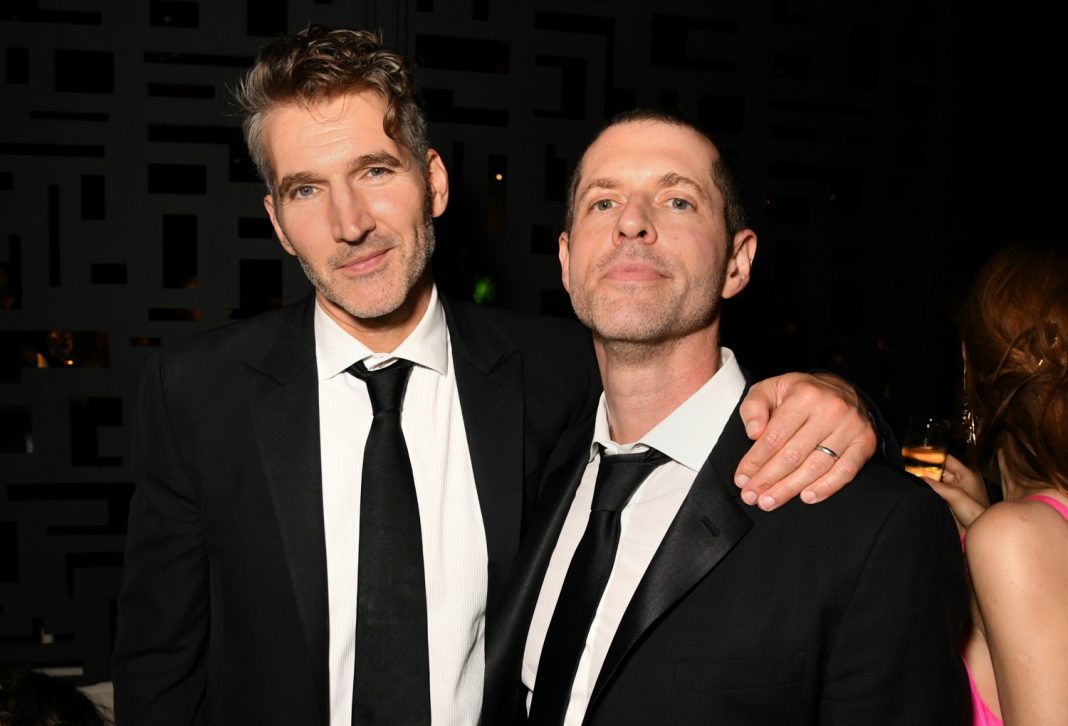 A year and a half after signing on to produce a new Star Wars trilogy for Disney, Game of Thrones co-creators David Benioff and D.B. Weiss have abandoned those plans, saying that their epic five-year, $250 million Netflix deal has them too busy to focus on matters in that galaxy far, far away, according to The Hollywood Reporter.

The first installment was supposed to arrive on December 16, 2022, which would have been the next Star Wars flick after this December’s The Rise of Skywalker brings J.J. Abrams’ “Skywalker Saga” to a close. Elsewhere in the universe, Rian Johnson, director of the hotly debated Star Wars: The Last Jedi, is working on a stand-alone trilogy of his own, but with the departure of Benioff and Weiss and their world-making talents, the franchise’s big screen future is uncertain.

With the tanking of 2018’s Solo: A Star Wars Story, which some blame on a boycott of the movie by fans seeking revenge on Disney for Last Jedi, the studio has been more heavily focused on projects for Disney+. Jon Favreau’s Boba Fett lookalike bounty hunter hits TVs in his series The Mandalorian on November 12, while Diego Luna works on a prequel series to Rogue One. Obi-Wan Kenobi is also getting series of his own starring Ewan McGregor, though that was originally supposed to be another stand-alone movie.

“We love Star Wars. When George Lucas built it, he built us too,”  Benioff and Weiss said in a statement. “Getting to talk about Star Wars with him and the current Star Wars team was the thrill of a lifetime, and we will always be indebted to the saga that changed everything. But there are only so many hours in the day, and we felt we could not do justice to both Star Wars and our Netflix projects. So we are regretfully stepping away.”

“David Benioff and Dan Weiss are incredible storytellers,” said Lucasfilm president Kathleen Kennedy. “We hope to include them in the journey forward when they are able to step away from their busy schedule to focus on Star Wars.”