Home Disneyland Star Wars: Galaxy’s Edge Is One of Disneyland’s Most Immersive Environments Yet 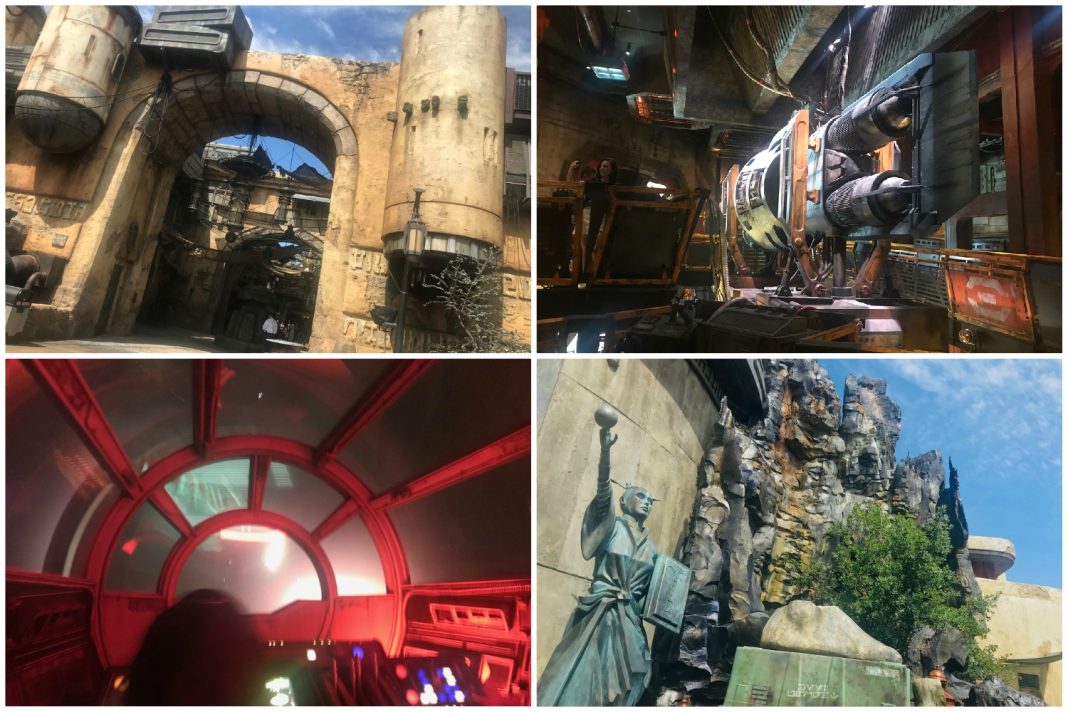 The media are all gathered in a war room at the far edge of Disneyland, behind Galaxy’s Edge. It’s cold and dim and stuffed with journalists from around the galaxy who are hunched over laptops, and surrounded by empty chip bags and Star Wars swag. The walls are artificially aged with drips and scuffs like every other wall in the land—even the washrooms. Apparently one of them, Dianoga, even includes an animatronic critter creeping out of a pipe. Im still looking for that one.

The land is huge, 14 acres, but there’s only one operating attraction. Millennium Falcon: Smuggler’s Run. Today’s announced wait time: five minutes. Groups of six are quickly shuttled through the exquisitely detailed bowels of the ship before taking their seats in what feels like the economy coupe version of Star Tours for a short video with shakes and blasters. 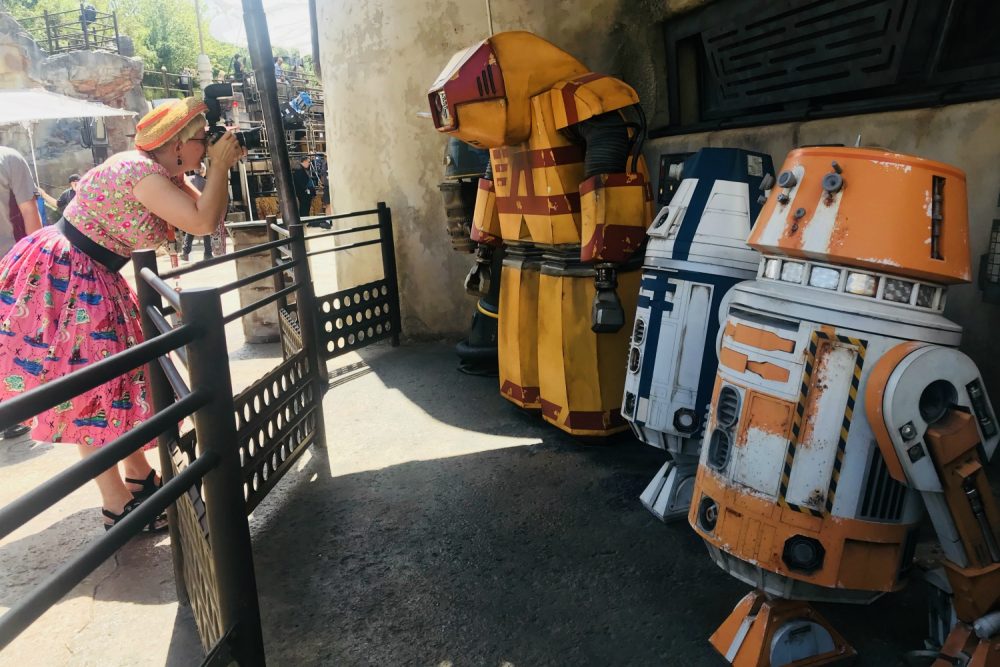 The whole land feels kinda like the world’s greatest queue. Sure, there’s a quick service restaurant (more on that later) and the toy store of your Star Wars dreams, but the main attraction is the look and the feel. The highly detailed theme environment is a magnificent amalgam of blasted plaster, used aircraft parts, and whole alleys seemingly extracted from ancient towns in Jerusalem, Istanbul, Marrakesh, and other cities Imagineers mined for inspiration. The aesthetic is what imagineer Scott Trowbridge calls “an exotic market on the edge of space.”

“I wanna see Chewbacca,” a woman cried after leaving the Falcon. “Where’s Chewbacca?” The land is set in the era after The Last Jedi, when most of the original trilogy characters (except Chewie) have gone to Jedi heaven.

That Wookiee shows up on a tiny video screen in the ride, but the star is an unfamiliar character named Hondo Ohnaka. Like so many elements of the land, he is familiar, but not from the films. He only appears in the ancillary expanded Star Wars universe of comic books, novels, and animation. “We wanted it to be familiar,” says imagineer Chris Beatty. “But at the same time it’s a place you’ve never seen before.”

Food and drink in the land has gone hyper speed beyond hamburgers. Batch cocktails in the cantina. Smoked pork ribs cut to look like an animal from the planet Batuu. An iron ramekin of quinoa with plant-based meatballs. I’m counting down to my chance to taste the blue (and green) milks, a slushie made with coconut and rice milk.

Trowbridge was a designer at Universal Studios during development of the Wizarding World of Harry Potter, and portions of Galaxy’s Edge remind me of that attraction, the best ever from that park. Great care went into personalizing the experience with interactive experiences not only in person with characters that react to your in-park “reputation” via your video game-like ride scores, and a whole slew of extra activities on the Disneyland app. Every time you visit, you’ll have a new experience. “You can come in with whatever sensibility you have,” says Trowbridge. “And apply that to your day.”

RELATED: This May the Fourth There’s a Civil War at the Heart of the Star Wars Universe