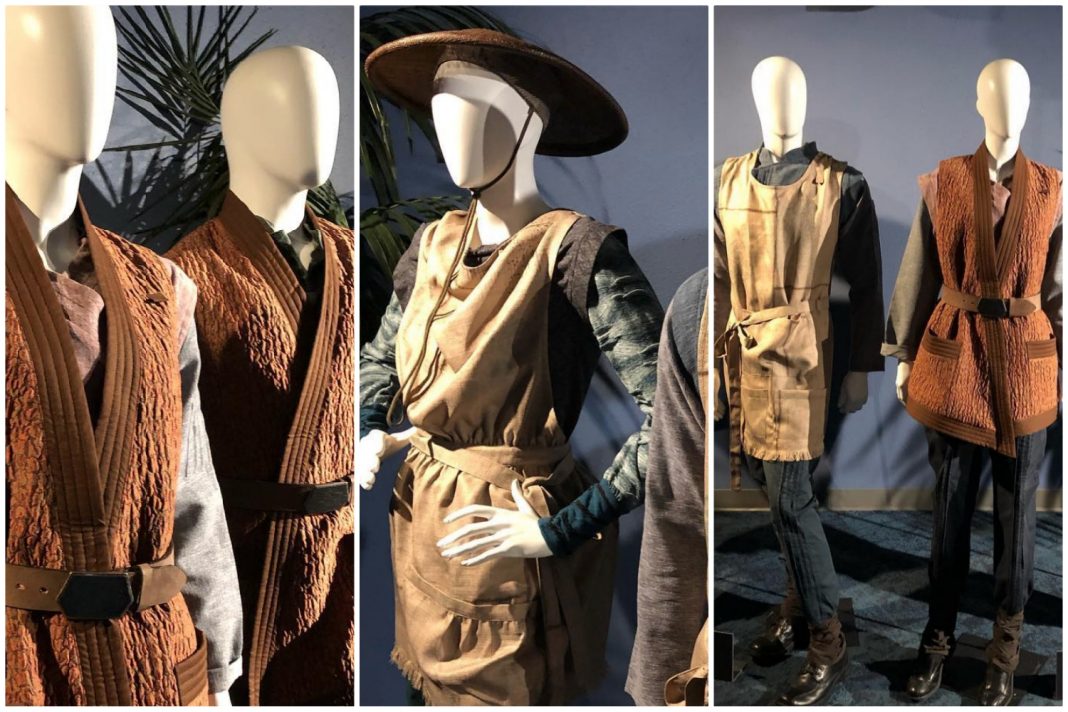 We’re just a few weeks away from the launch of Star Wars: Galaxy’s Edge at Disneyland and the park keeps teasing out little details about the biggest land expansion in their history. We’ve seen the life-size AT-AT walkers, and a drone fly-through of the construction zone, and now we have the first look at the costumes the cast members will wear on the two attractions, in the cantina, and as townspeople offering assistance and atmosphere in the streets of Black Rock Outpost on the imaginary planet Batuu.

Cast members were shown the costumes on Tuesday, and they’re surprisingly stylish. “They almost don’t even look like costumes,” says Los Angeles magazine style editor Linda Immediato. “They look like somebody on their way to the farmers market in San Francisco.”

Three different collections were previewed, with several pieces intended to be remixed by the individual cast member to add realism and variety to the part. Shirts can be tucked or untucked, belts can be worn on the pants or over coats, jackets are reversible, and even though the hero (Resistance) ensembles are military uniforms, they have a soft, lived-in look. “It’s very camping chic,” Immediato says of the flexible looks. “You could either be going to Joshua Tree or Big Bear.”

The wardrobe closet will also include a variety of hats, scarves, vests, goggles, and even name tags printed in the Star Wars language of Aurebesh so the cast member can personalize their look to fit the part they are playing. Disneyland has always been about suspending disbelief, and this time they may indeed convince us that the Santa Ana Freeway actually leads to a remote trading outpost on the edge of the galaxy.

RELATED: Disneyland’s Star Wars Land Is Going to Be Out of This World

Disneyland and Other Theme Parks Plead for Permission to Reopen

Disneyland Employees Want Daily COVID Testing, but the Company Shot Down the Idea