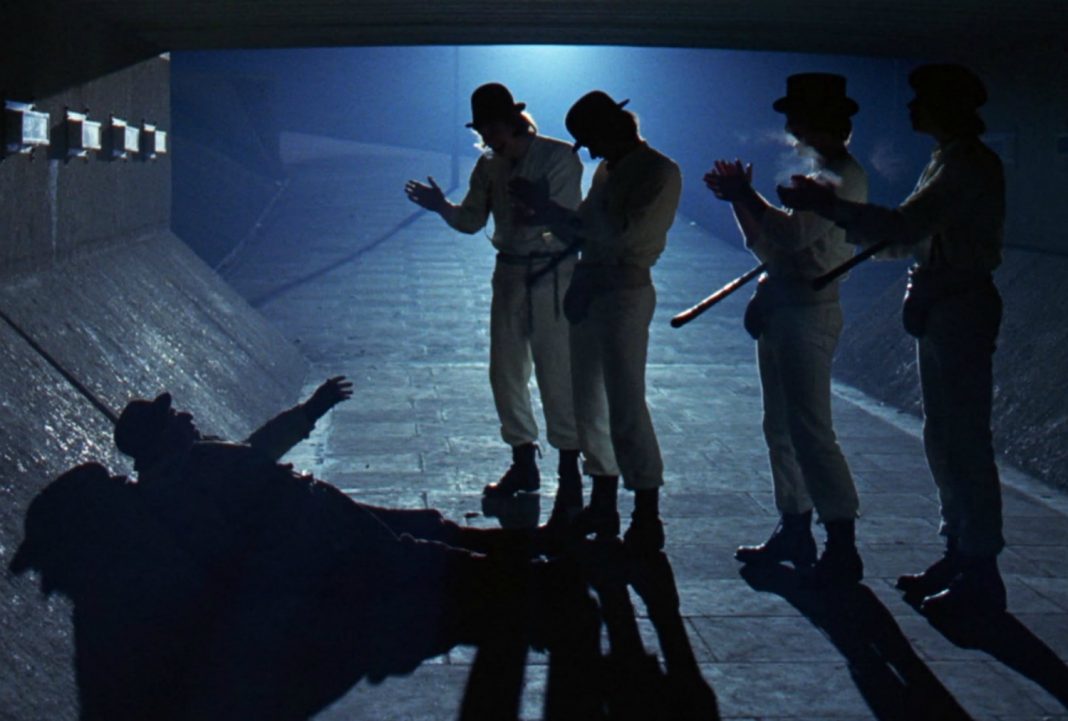 Often, when filmmakers use classical music, they’re trying to add a little class to the proceedings, a bit like a teenager who rents a limo for the prom. “It’s an easy way to buy greatness,” says veteran film critic Peter Rainer. “It’s an artificial enhancement.”

But over his five decades making movies, New York-born, English-dwelling director Stanley Kubrick not only used classical music intelligently, he chose pieces that were hardly obvious. “You don’t just sit back and say, ‘Let’s have a concert and forget about the movie,’” Rainer says. “His use of music is always integral. A lot of what we think of as major scenes in Kubrick’s movies are inseparable from the music in them.”

Those scenes and the music within them—from familiar figures like Beethoven or Schubert to the contemporary Polish composer Krzysztof Penderecki—are part of a new project by the Los Angeles Philharmonic over Thanksgiving weekend. As part of its 100th season, the Phil will present Stanley Kubrick’s Sound Odyssey, with material from 2001: A Space Odyssey, A Clockwork Orange, The Shining, Barry Lyndon, and Eyes Wide Shut—five very different films united in part by the centrality of classical music. (Malcolm McDowell, who played the demented Alex in A Clockwork Orange, will host.)

“His use of music is always integral. A lot of what we think of as major scenes in Kubrick’s movies are inseparable from the music in them.”

The Phil has put on concerts of film music many times, most often at the Hollywood Bowl. “But exploring classical music via a director,” says artistic planning VP Meghan Martineau, “we’ve never done it that way before.” It made sense with Kubrick, she says, because of her office’s fascination with his movies, and the way his films helped spread the word about composers who were not mainstream fare in the U.S. “I know these were cult films, but Kubrick brought [György] Ligeti and Penderecki into public consciousness.”

The concerts will kick off with perhaps the most iconic pairing of imagery and music in any of Kubrick’s films: the opening scene of 2001: A Space Odyssey set to Richard Strauss’ “Thus Spoke Zarathustra.” It’s hard to imagine that movie, which recently appeared in a restored print, without that heavy Teutonic tone poem, or the eerie, uncomfortable bits of Ligeti, or Johann Strauss’ waltz, “The Blue Danube.”

But Kubrick imagined the film, originally, without any of these things: He enlisted several composers to work on music for the film, finally commissioning and recording a full score by Alex North, a well-regarded film composer he’d worked with previously. But in the end, Kubrick decided that the “temp tracks” he’d slid in as placeholders were right for 2001 after all. (“Why use music which is less good,” he later said in an interview, “when there is such a multitude of great orchestral music available from the past and from our own time?”) But he forgot to tell North, who showed up at the film’s New York premiere expecting to hear his own music.

Kubrick was an eccentric, independent-minded, obsessive figure who demonstrated a consistent intelligence and cultural hunger: He adapted several daring and unusual novels, shot his films in a way that made clear he had a sense of visual art, and understood a wide range of cinematic genres, from the heist film and the war movie to satire and science fiction. He seemed to have an insatiable curiosity. (When young, he’d been interested in chess and jazz; early in his career he worked as a photographer for Look magazine.)

But classical music was a central passion all the way through. Jan Harlan, a longtime associate of Kubrick’s, went with the director to see concerts of Verdi and Lieder at halls in London. In some cases, Harlan says, the music determined the film as much as the actors or story did: “Stanley Kubrick cut the film to the music, whenever possible, and not the other way around.” And the director often had musical pieces in mind before he began shooting. “The Shostakovich waltz for Eyes Wide Shut,” he says, “was decided on many months before filming.”

So then how, and why, did Kubrick do it—use so much classical music in a period when classical music was moving to the margins of culture, at least in the United States? And why did he go out of his way not just to use familiar pieces—the Beethoven in A Clockwork Orange, which was part of Anthony Burgess’ novel—but also lesser-known works?

Partly, of course, it was his passion for specific pieces. But it was also a sign of his stubborn independence. During his most productive and ground-breaking period—the ‘60s and ‘70s—Kubrick lived in England, where the Beatles, the Stones, Jimi Hendrix, glam rock, punk, and post-punk were all making claims to the cultural centrality that orchestral music had once enjoyed. Movie studios were falling over themselves to capture the energy, and dollars, of the counterculture and the explosion of pop and rock.

Kubrick was in some ways an avant-garde filmmaker, but he was a decade or two too young for these to be his experiments of choice. Whether it was listening to the BBC, which played both famous and obscure classical composers, or sending an assistant to the record store with orders to bring back as much vinyl as he could carry, he was always listening for something that spoke to him.

A final irony is that Kubrick—one of the American filmmakers with the least substantial ties to Los Angeles—is a perfect fit for the Los Angeles Philharmonic. The Phil put on a five-week Ligeti festival 20 years ago, and has long been dedicated to mixing the standard repertoire with newer and less conventional composers. “I love it that his taste in music is so wide-ranging,” says the Phil’s Martineau. “This is all music that we would normally play.”

RELATED: There’s a Replica of the Bedroom from 2001: A Space Odyssey in a DTLA Warehouse