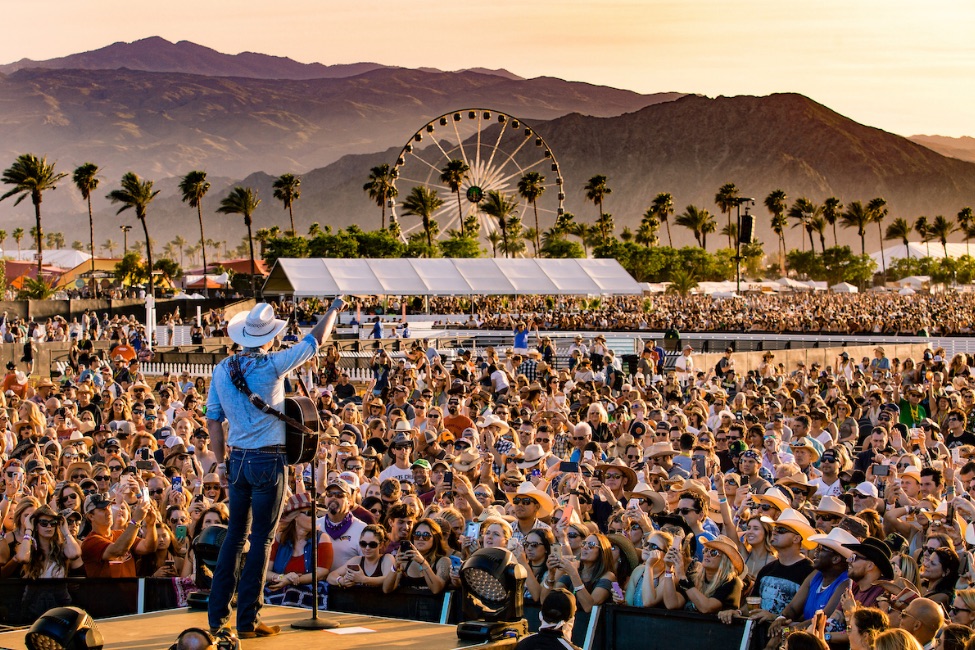 Ask people who regularly do the “festival circuit” which one they attend for fun, and you’ll hear Stagecoach come up often–even from people who don’t primarily identify as country music fans. If you’ve been curious about the post-Coachella festival (on the same grounds and produced by the same people) this year’s Stagecoach lineup might be the one that gets you out to the desert, with a mix of Nashville classics and artists with broad, cross-genre appeal.

Topping the lineup are Thomas Rhett, Carrie Underwood, and Eric Church, three solo singer-songwriters with an entire chart’s worth of hits between them. Below those names, the smaller typeface acts include a group of throwbacks—ZZ Top, Bryan Adams, Alan Jackson, Tanya Tucker–and current acts like Orville Peck, Midland, Dan + Shay, and Nikki Lane. And, of course, no festival is complete without an appearance by Lil Nas X, joined on the Stagecoach lineup by his collaborator Billy Ray Cyrus.

Rounding out the festivities will be an after-dark party dubbed Late Night in Palomino curated by Diplo, and the return of the barbecue-focused food program at the Stagecoach Smokehouse by Guy Fieri. 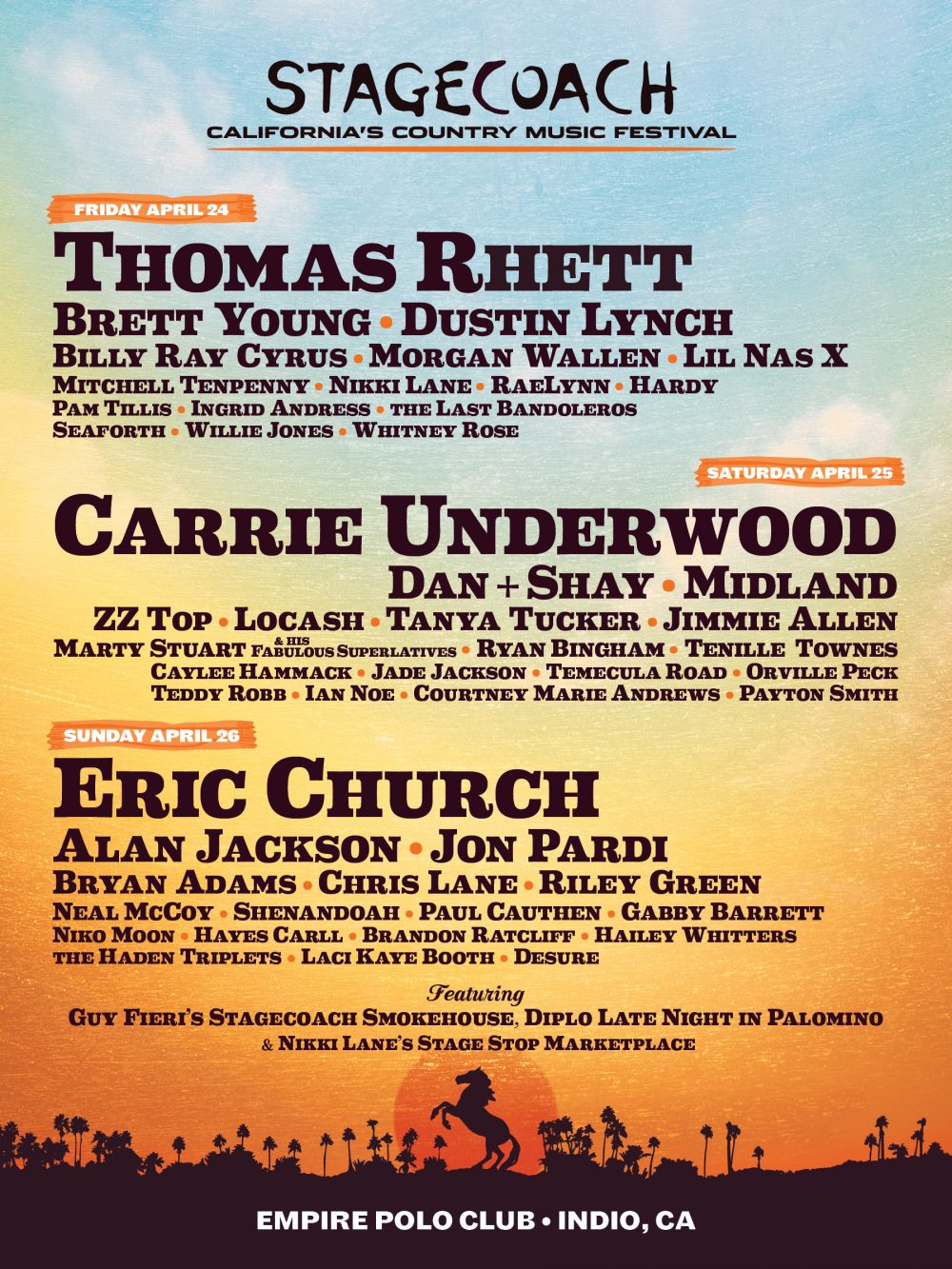