Home Uncategorized Spotlight on Oscar Docs: “How to Survive a Plague” 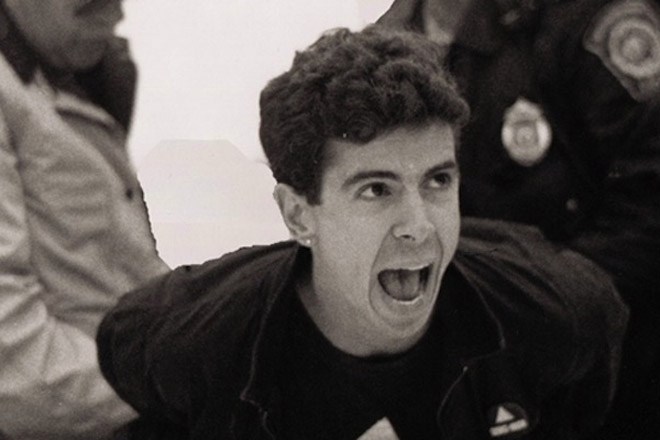 The late 1980s and early ’90s gave rise to a horrifying epidemic, one that snatched away the lives of millions and had no immediate or effective cure. Greenwich Village in New York City became the epicenter of the AIDS pandemic – and the activists who banded together to fight it. The latter are the subjects of filmmaker David France’s Oscar-nominated documentary How to Survive a Plague. At the onset of the disease there was no successful treatment for AIDS, making it nearly 100 percent fatal. Widespread panic led to a spate of anti-gay rhetoric, and some hospitals turned away the dying. Fighting for their lives, patients took matters into their own hands. They created the AIDS Coalition To Unleash Power, better known as ACT UP, and later, the Treatment Action Group, (TAG). How to Survive a Plague follows both organizations as they struggle to turn AIDS from a death sentence into a manageable disease.

The rallying cry “ACT UP, fight back, fight AIDS” rings out during France’s two-hour opus, which is spliced with previously unseen archival footage (overlaid with haunting time stamps) that chronicles the struggle to increase research and change policy. The movie centers on the efforts of a handful of generals in the plainclothes war: Bob Rafsky, Peter Staley, Mark Harrington, Jim Eigo, and Larry Kramer, among others. Near the end, France reveals who among the characters has survived. The prolonged sleight of hand has a heart-wrenching payoff, one that makes Staley’s tear-ridden musing, “Like any war, you wonder why you came home,” tug at all the right emotional and intellectual strings.

Though it’s difficult to see the war on AIDS as having a happy ending, protease inhibitors – legalized and distributed because of ACT UP’s efforts – turned the disease around, a shocking and welcome reversal known as the “Lazarus effect.” How to Survive a Plague reminds us that the work is not yet done. More than two million people die from AIDS every year because they can’t afford meds. The tireless, decades-long tubthumping left a legacy of brotherhood and coalition-building for future generations. France’s narrative is in many ways a paean to persistence. As Kramer says, “It’s the proudest achievement that the gay population of this world can ever claim.”