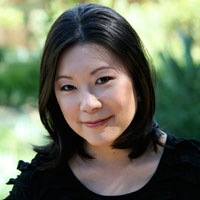 With The Black Isle, local author Sandi Tan has either written the year’s spookiest historical novel or penned one hell of a thoroughly researched ghost story. Set on an island nation that might be a loose analogue for Singapore, the book spans nearly a century as it follows Cassandra from her parents’ comfortable if cloistered life in 1920s Shanghai to the jungles and rubber plantations of the Black Isle. Tracing the journey of the heroine — and the country — through Japan’s occupation during World War II to the fight for independence to the post-colonial modernization to present times, the story is filled with lush, precise descriptions. And ghosts. Unlike those round her, Cassandra has the ability to see spirits. Hanging from ceiling fans, wandering the streets bloody and bruised, rising from the swamps to seek vengeance — the Black Isle is rife with them.

Your book moves along very swiftly. How did your background in screenwriting shape the structure of the novel?
It gave me a lot of discipline to make something that moves forward, but it was everything a screenplay could not be. One of the reasons I began writing this book was because I could never tell this story as a hundred-page screenplay. It might be several screenplays or a miniseries. I put in set pieces that I could never have done as a filmmaker because nobody in their sane mind would have financed it.

There are some great historical photos on your website that inspired the book. Where did they come from? And what kind of research did you do?
A lot of my inspiration came from seeing how the world looked in the 1920s on plantations in Indonesia or Java. Life magazine has put a lot of their stuff online and the vintage postcard section on eBay is a remarkable resource. I found a photo of a lonely GI in World War II who was smoking a cigarette and building this snow-woman with incredibly large boobs. That inspired the scene with the Japanese soldiers building sand maidens on the beach. So much of my writing time is spent trolling the Internet. I think I will continue to find projects that allow me to waste time.

I was particularly struck by the section where the Japanese occupy the Black Isle. How do you separate history from storytelling in a scenario like that?
It’s horrific in the book, but it’s so much more sanitized than what actually happened, from all the accounts I read. Mass rape, torture, sadistic disembowelments, things like that. It is based on when the Japanese invaded Southeast Asia in World War II. What happened in China was even worse. The book is vivid enough to remind people how horrible the war was and the events are shaped in a dramatic way by the heroine’s journey, but she stays away from a lot of the horror because she’s sequestered in the house. Had she been out there or in prison, the novel would have been much more horrific. I would say this is the PG version, even though it’s pretty intense.

How have people responded to the violence in the book?
The feedback I’ve gotten back from people, even the squeamish ones, was that they did not have a lot of problems with it except for the cruelty to animals. A lot of Americans feel much more when animals are being harmed. That completely took me by surprise.

Do you believe in ghosts?
I don’t know. I haven’t actually seen these things and don’t want to. I’m kind of a scaredy cat. I grew up in a very rational household. Nobody wanted to talk about ghosts. But my father and stepmother were slightly outrageous people and she was kind of a seer. She would have the best stories to tell, and apparently it was because she saw ghosts all the time–or thought she did. I grew up in Singapore at a time when things were modernizing so rapidly. It used to be kind of a backwards, superstitious place and there were people all around you who believed in ghost stories. I guess it was a way of hanging onto the past.

Your novel incorporates two elements that would seem to be at odds: an official account of events that we’re taught to believe and an unofficial account of events that even the people who lived through them may not fully believe. The thing that unites them is the revelation of secrets. What secrets — personal, social, historical — do you think people should keep?
I see this book as the secret history of the Black Isle. My grandmother lived through World War II in that part of the world and she doesn’t talk about this stuff. She burned all her photo albums from that period, so no one knows what she looked like. It was a great mystery. That intrigued me, but most of my relatives are not at all curious or interested. Nobody wants to look back. The whole success and progress of that region is based on not looking back. If you do, it’s too horrifying and you can’t do business with certain countries like Japan. You’re standing in a glossy shopping mall where a mass killing took place. This book is a collection of my imaginings (metaphorical, of course) of the horrors my grandmother might have seen and felt.

Did you have any rules for avoiding clichés with the material?
No, but it was really difficult to establish rules for ghosts. Vampires have very set rules; they can do this, they can’t do that. Werewolves too. But ghosts are very amorphous, and they vary from culture to culture. Asian ghosts seem a lot scarier to me than American ghosts. In movies and popular culture American ghosts usually want something and when they get it they move on. Asian ghosts don’t play by the same rules. They’re much more vicious. There’s no sense of fair play, so I always found them more terrifying. My editor and I set some general rules, but there weren’t many, as long as I made the story emotionally believable.

The octopus sex scene. Tell me about it.
It was the most fun thing to write. My editor wanted to take it out because he thought people would be too disturbed by it. I was glad he agreed to keep it in because people really seem to remember that, mostly happily though I have gotten some feedback from readers who are horrified by it.

This feels like such a cinematic book. What movies came to mind during the writing?
Atmosphere was so important in bringing this to life, especially for American readers who are otherwise not exposed to this part of the world. Movies like Night of the Hunter had the kind of atmosphere I wanted to create. And parts of Twin Peaks, not so much the milieu but the psychological atmosphere. Parts of There Will Be Blood were really inspiring.

In terms of the critical and reader response, has the book been received differently in Southeast Asia than it has in the U.S.?
The book has done exceptionally well in Canada and really well in Singapore. In the U.S. it’s still at the beginning of its run and goes into paperback next year. There’s almost no critical response in Asia. They don’t respond in that way. I did a bunch of Q&As, but when they write reviews they’re just revamped versions of the flap copy. I’m not going to complain about getting space in the magazine, but they’ll just say, “It’s spooky” or “It’s haunting” and that’s it. In Singapore, eBooks haven’t really taken hold, it’s still about physical bookstores. If you hold the interest of the booksellers, that’s the thing that pushes sales.