Home Uncategorized Speed Round: The 5 Best Episodes of Breaking Bad 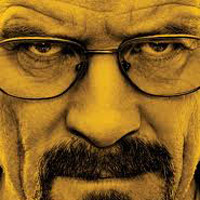 Breaking Bad fans, it’s time to cook! With less than ten days left to the Season Five premiere, here’s a quick-and-dirty round-up of some choice episodes from the Emmy-winning series

To extract a few episodes from the show’s four seasons isn’t easy: the complex plotlines are bound together more intricately than the chemicals in teacher-turned-drug-kingpin Walter White’s high-end crystal meth. Which may explain why the series has spawned online recaps and special edits to understand and embrace the spectacular series (not to mention this recent take by Los Angeles film and TV critic Steve Erickson).

This round-up is more of a fan-fix than all-consuming binge (newbies to the series should get up to speed with this time-lapsed recap) and a pick-me-up for those of us who’ve seen the series and want some primo cuts from previous episodes in time for the new season July 15th. Why This Episode Rules: Vince Gilligan, the show’s creator, directed the pilot and with it, set the heart-pounding (and heartbreaking) tone that’s remained consistent through four seasons. The crumbling Walt we meet in this episode is the Good Guy we keep hanging onto (much like wife Skyler does), even as he descends into darkness.

It was the sixth and penultimate episode of a season cut short by the WGA strike, and yet it packed more punch (and kicks and explosions) than most TV shows do in a lifetime.

Why This Episode Rules: Cranston shaves his head and transforms into Heisenberg, his ruthless drug world alter-ego, which quickly makes him a legend (including a song tribute), as it slowly takes over his Good Ol’ Walt identity.

As Walt and Jesse’s wheeling-and-dealing grows bigger and more complicated, the arrest of a low-level distributor leads Walt and Co. to utilize the services of sleazy lawyer Saul Goodman.

Why This Episode Rules: Bob Odenkirk, as Saul Goodman, is one of the best characters on TV. His presence adds some levity and a twisted hope to the out-of-control drug operations.

According to AMC, the third season of the series was more spontaneous than the previous two, with storylines developing on an episode-by-episode basis. This most likely led to this stunner, in which a Shakespearean-like character pivot sees Walt’s wife Skyler go from distressed, self-righteous housewife to partner-in-crime.

Why This Episode Rules: At the beginning of the series—hell, the beginning of this episode!—you can’t imagine how Skyler and Walt will ever get back together, never mind become business partners. Even stranger, it makes Skyler more likeable. Go figure.

Sure, the season finale showcases Walt’s boundless, murderous megalomania (along with one of the most gruesomely awkward facial injuries since Terminator) but “Cornered,” which takes place a few episodes earlier, cements Walt’s power lust when he reveals his unvarnished Heisenberg-ian self to his terrified wife.

Why This Episode Rules: It plays out like an emotional horror movie, particularly when the unhinged Walt unleashes the phrase, “I am the danger!” We believe you, Mr. White. We believe you!