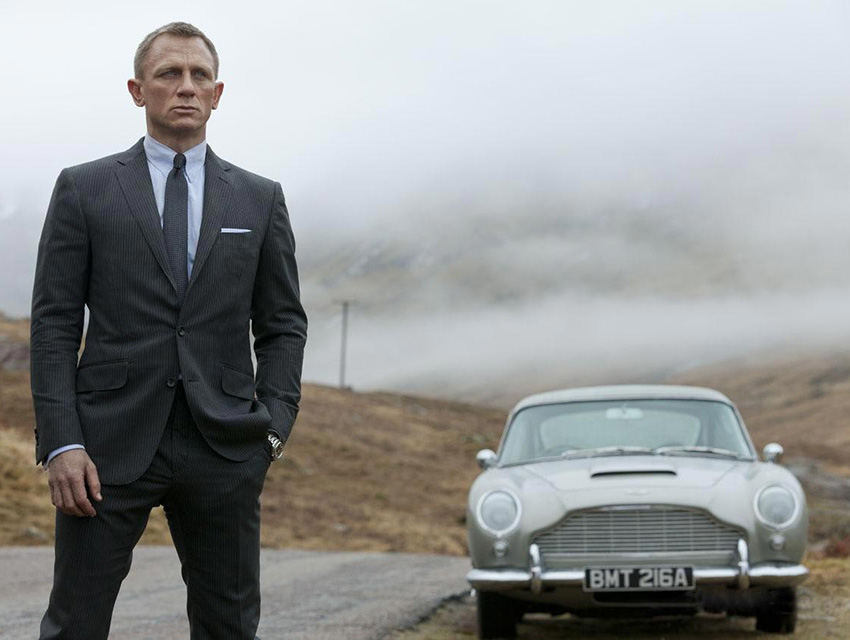 WHAT: In just under a year we’ll be able to see the new James Bond movie, Spectre, which stars Daniel Craig in his fourth turn as 007. The announcement was made earlier today at Pinewood Studios. The cast also features Ralph Fiennes, who replaces Judi Dench as M, and French actress Léa Seydoux as the newest Bond girl, Madeleine Swann. Bond newbies Monica Bellucci and Christoph Walz will also turn up in the movie while Ben Whishaw and Naomie Harris return as Q and Miss Moneypenny, respectively.  Spectre is expected to come out in November.

THE VERDICT: Nice but unsurprising. The most interesting tidbit to come out of the press conference isn’t who’s going to be in the movie, it’s who’s not. Or rather what’s not: the Aston Martin that James Bond drove in Skyfall. Instead, he’ll be driving a new custom Aston Martin designed by the auto company with input from the film’s director Sam Mendes. Known as the DB10 it’s still very much a Bond car: sleek, silver, sexy, and exclusive. Hoping to pick one up? Good luck. Only ten have been built and they’re being used exclusively in the film.