Home Uncategorized Soundgarden at the Fonda: 2.5 Hours of Devotion 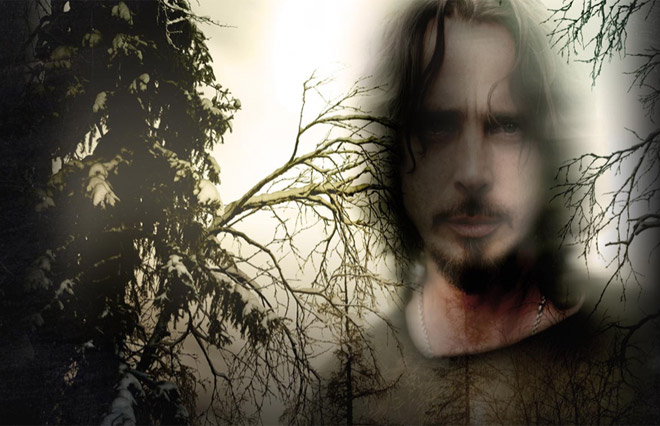 Hitting the Los Angeles stage with new material for the first time in 16 years, a reunited Soundgarden rewarded its patient fans with a seamless two and a half hour set at the Fonda to celebrate the release of their newest offering, King Animal — the band’s first album since 1996’s Down on the Upside.

“I couldn’t even get tickets,” Chris Cornell joked on Tuesday night, referring to the near instant sell-out of their Hollywood performance. It was the final stop of a five-show run that showcased the thunderous return of the seminal rock foursome in an intimate setting.

The group rumbled through a career-spanning, 25-song set where new material like “Been Away Too Long” and “Bones of Birds” vied with radio classics like “Outshined” and “Black Hole Sun.” But the Seattle quartet was at its best when performing “Incessant Mace” and “Gun,” deep cuts for the band’s most devoted fans. Many of them had waited outside in the cold for hours to claim a spot pressed up against the barrier at the front of the stage.

Sometimes criticized for his dull onstage presence, frontman Cornell was more active than usual and his signature wail was refreshingly clear if a little more restrained than it was two decades ago. The celestial sounds of Kim Thayil on lead guitar were anchored by bassist Ben Shepherd and drummer Matt Cameron, who celebrated his 50th birthday on stage while the audience sang “Happy Birthday.”

Whether it was their oddly metered numbers or straight-ahead stompers, the songs felt cohesive, and the band, invigorated by years of slumber, emerged with a triumphant return to form.

Soundgarden will return to Los Angeles in February with three shows at the Wiltern.