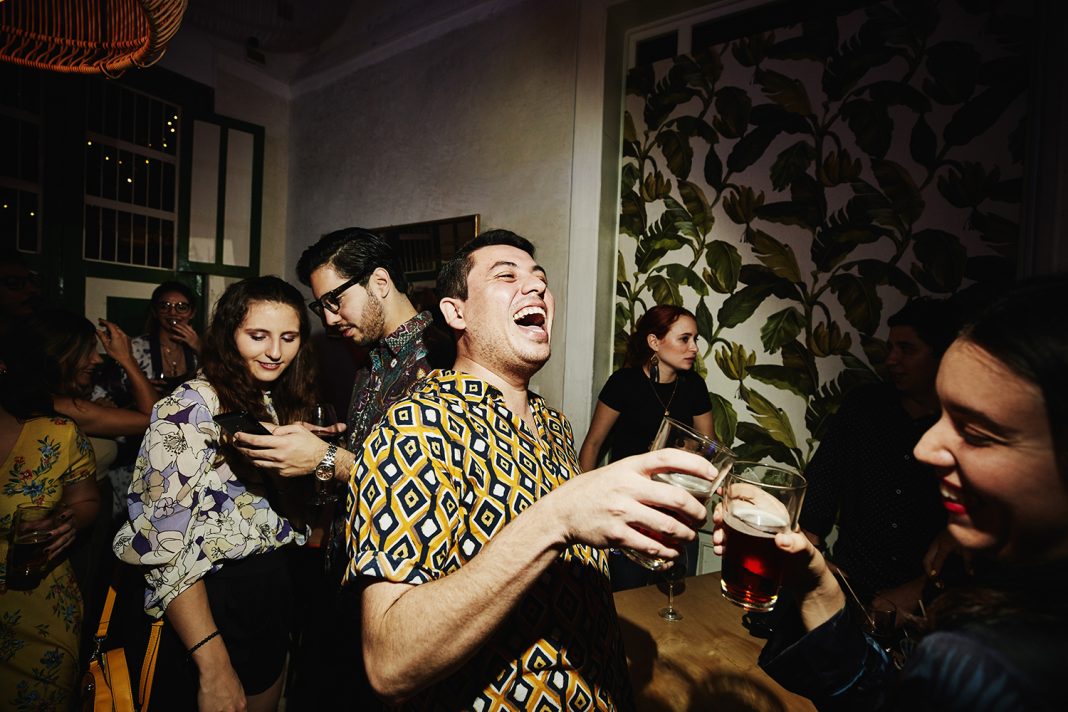 The much-hyped 2010 debut of Soho House West Hollywood, a satellite of the London-based social club, set off a tidal wave of members-only launches aimed at Los Angeles’s creative class. Groucho Marx may have dismissed any club that would have him as a member, but entertainment agents and hip-hop artists, fashionistas and tech tycoons all wanted in. Private clubs reshaped the social landscape of the city. Three months ago that landscape imploded.

Whither the social club in the era of social distancing?

As nonessential businesses, many clubs have been shuttered since March, although Soho house has since reopened all its L.A. locations—albeit, with temperature checks and new social distancing guidelines in place. In late May, Nash Tennant, general manager of h Club Los Angeles—the buzzy outpost of the London club founded in 2018 by the late Paul Allen and Dave Stewart of the Eurythmics—announced the club would not be reopening, citing the “devastating effect on the hospitality industry” of the COVID-19 pandemic.

In addition to the economic uncertainty created by the pandemic, the surviving clubs face challenges specific to their operations. For starters there’s the pesky fact that they’re largely financed by membership dues. How to charge club fees when you can’t provide club privileges? AllBright, the women’s club on Melrose Place, has suspended membership dues while it is closed. At San Vicente Bungalows, the snug celebrity watering hole that Jeff Klein fashioned out of a gay bathhouse in West Hollywood, dues paid during closure are reportedly being applied toward membership now that the club has reopened, with new safety measures like contactless digital menus.

But most clubs are facing membership cancelations; every club contacted for this story acknowledged some attrition. A bigger concern is the turnout the clubs will get as Governor Newsom rolls out Phase 3 of California’s reopening plan. “I’m not in any hurry to rush back to a place that’s really crowded,” says one Soho House member.

Losing business means losing staff—the loyal retainers who remember how many ice cubes you take in your Negroni and are crucial players in the performance art that is club life. Prior to reopening, Klein said he’d be pleased if they’d managed to retain 70 percent of their staff.

During the shutdown, Klein and other club owners relied on digital programming to keep members engaged. The Bungalows’ slightly surreal online content includes COVID-19 talks by Jessica Yellin and Deepika Chopra on the one hand, drinking game Zooms with the Bungalows’ courtly Macedonian host Dimitri Dimitrov on the other. Amid a deluge of cooking classes and sound bath sessions, perhaps the most useful offerings are those suited to a club’s constituencies and to new economic realities: AllBright’s Pitch Days, for example, which give startup owners a chance to woo investors.

The clubs have also been using technology to prepare for reopening. Soho House has House Connect, a video app allowing members to interact without coming into the club, and House Pay, a phone app for contact-free transactions.

In addition, the clubs will be limiting the size of gatherings, making more use of their outdoor areas, and ditching the passed appetizers. (“There won’t be people booking a private event and asking us to provide a grazing table,” notes Louise O’Riordan, vice president of AllBright, U.S.) The Bungalows is hiring a “COVID captain” to train and oversee employees on cleanliness standards and a staff doctor to take the temperature of anyone entering the club. If accurate testing is made available, Klein would also like to test everyone who comes through the doors.

It’s a long way from the air kisses and fist bumps that used to attend one’s arrival at a private club. But the defining feature of all clubs—their exclusivity—remains the same. And that’s something their proprietors see as a big drawing card moving forward. “Now more than ever, people crave community and social interaction,” says Stone. “The benefit we have is that we know everyone coming in and out of our doors, and our members trust us.”

Klein, who says he still has a waiting list of 8,000 prospective members, is more explicit: “I’m not saying it’s right or wrong, but psychologically I think there’s a level of comfort if you saw that [journalist/filmmaker] Matt Tyrnauer was the person sitting next to you at the table and not some random person from Europe or whatever.”

UPDATE: No Shots Fired at Soho House Area in WeHo—the Lockdown is Over

These Are a Few of Jeff Klein’s Favorite Things

The New Soho House in DTLA Is Seeking “Creative Souls”