Home Film Social Inequality is Having Its Hollywood Moment 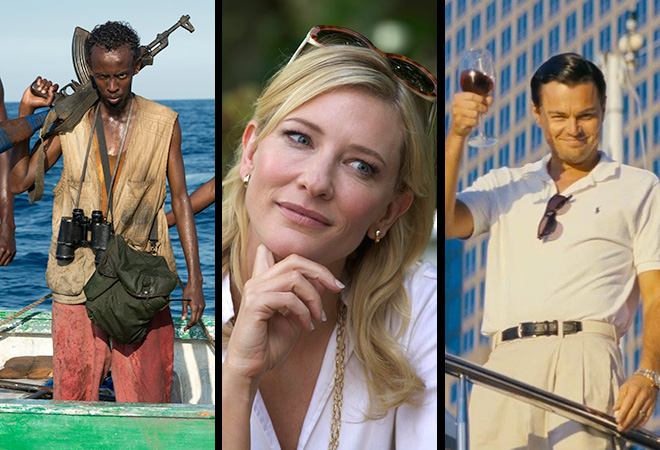 The Hollywood Foreign Press Association has never displayed a great passion for social issues, but this year’s crop of Golden Globes nominees speaks to an increasing class consciousness in modern American filmmaking. Although movie critics tend to look for annual trends, the theme has been fermenting over a longer period—since the onset of the recession, approximately.

In some of the films, the issue is front and center. Blue Jasmine, which earned nominations for actresses Cate Blanchett and Sally Hawkins, retells A Streetcar Named Desire through a modern lens. Blanchett’s Jasmine has been so shaken by the arrest and suicide of her husband (a Bernie Madoff stand-in) and her subsequent fall from affluence that she’s barely functioning. Her sanity only deteriorates as she moves in with her considerably poorer sister and is forced to confront the horrors of a full-time job, a cramped apartment, and unsuitable suitors. Director Woody Allen’s class consciousness rarely extends beyond the world of the neurotically privileged, and his portrayal of people who work for a living is short on verisimilitude but full of empathy.

In some films, the issue stays in the background. Though it’s a period piece, Inside Llewyn Davis’s look at a hopelessly broke, couch-hopping musician in the early ‘60s is timely. It’s easy to idealize the poets, singers, and writers of the Greenwich Village folk scene, but there’s nothing glamorous about the struggle to make a living as an unknown artist, no matter the decade.

One film that’s definitely of the moment is Frances Ha, whose star, Greta Gerwig, received a nomination for best actress in a comedy or musical. The film depicts the kind of living situation that millions of post-college Americans currently face. As Frances herself admits, she is not precisely “poor,” but she’s nowhere near financial independence. As she bounces from one apartment to the next, her stability shifts along with her career fortunes.

In The Wolf of Wall Street, lead character Jordan Belfort (Leonardo DiCaprio) clearly states his beliefs on wealth: “I have been a poor man and I have been a rich man, and I will choose rich every time.” The movie spends a while depicting his rise from modest beginnings, but once he arrives, the film plunges viewers into a world of staggering excess with wild abandon. Only occasionally does anyone, mainly Rob Reiner as Belfort’s father, voice astonishment at the debauchery of Wall Street. Meet the corporate cavaliers of  the 1% in all their undertaxed “glory.”

Solidly in the 99% is where you’ll find Nebraska, the story of a man driving his craggy, alcoholic father across state lines to collect a dubious prize. These are thoroughly middle-class characters in one of the few films with a rural setting that’s received major attention from the HFPA this year. Some viewers have taken issue with the movie’s portrayal of Great Plains citizens, but director Alexander Payne is from Omaha and has a genuine appreciation for Middle America.

In other cases, ideas about class difference merely lurk in the atmosphere. Globalization and its fallout hang over the events of Captain Phillips. The title character makes a living piloting cargo through international waters, an industry that often gives underdeveloped countries the short end of the economic stick. That abject poverty inspires the film’s Somali antagonists to turn to piracy. In American Hustle, the name of the game is survival. While Christian Bale and Amy Adams’s characters pull of major cons, they live relatively modestly. Bale returns to a decidedly unglamorous suburban house while his FBI handler, played by Bradley Cooper, has a far more grim existence in an apartment that he shares with his sister and nagging mother. It’s easy to see why both characters are so desperate to remake themselves. Both have the wealthy and powerful in their sights, whether they’re aiming to fleece them or bring them down.

Awards like the Golden Globes don’t lead the zeitgeist. Whether or not they recognize work that addresses class issues largely depends on whether filmmakers make those kind of movies, but rewarding socially conscious movies might just encourage more of them to get made.