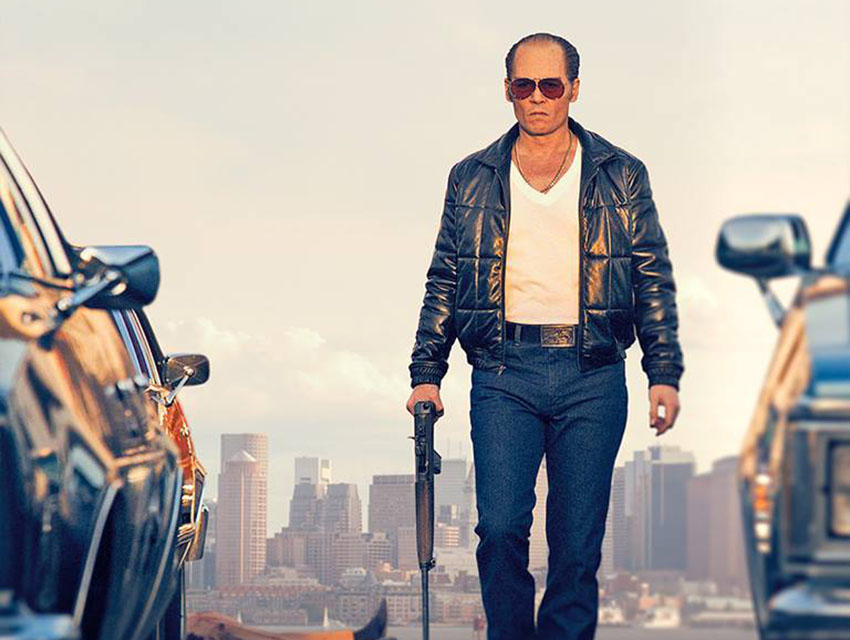 Mortdecai left us feeling like we don’t even know Johnny Depp anymore, but the actor seems to be reclaiming his gravitas in Black Mass, the Scott Cooper-directed drama about James “Whitey” Bulger (out September 18). Bulger, whose Winter Hill Gang terrorized Boston in the ’70s and ’80s, is serving two life sentences for a slew of charges, including 11 counts of murder. He evaded arrest until 2011, when authorities found him living under the radar in Santa Monica with his girlfriend, Catherine Greig. In their 16 years on the lam, the two were regulars at several haunts, some of which may surprise you. Identity Theft
Palisades Park
Bulger and Greig kept up their we’re-totally-normal! facade by taking strolls through the clifftop park. (Which is, in fact, totally normal.) Coercing a homeless man into selling his Social Security number, as Bulger did when he first arrived in Santa Monica? Not so normal. Lying Low
Princess Eugenia Apartments
The couple lived in unit 303, leasing it for $837 a month. (So much for rent control—the same place costs at least $3,000 today.) Bulger carved out his own storage space, stashing shotguns, rifles, pistols, revolvers, knives, ammo, and money behind the drywall. Shopping Moll
3rd Street Promenade
Twice a week Greig hit the farmers’ market on Arizona at 3rd Street to pick up groceries, shopping specifically for nutritious, low-sodium foods. The duo made a point of eating healthfully and avoiding doctors. Bulger was afraid he might let something slip. Deal Buster
T.J. Maxx
Gangsters can be Maxxinistas, too. While Bulger had $800,000 in cash squirreled away in his hideout, he wasn’t above a good T.J. bargain: Bucket hats similar to the ones
he often wore are a steal at $5.99. Living Large
Michael’s Restaurant
Greig and Bulger sat at table 23 on special occasions. During one
celebration, the pair shared vodka cocktails, wine, foie gras, lobster, and steak at this cornerstone of California cuisine.

Depp Trial Closing Arguments: If They Abused Each Other, Amber Wins