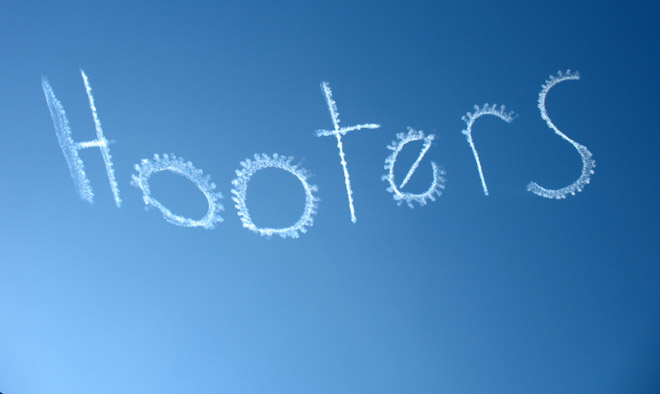 When comedian Kurt Braunohler mentioned the project a few weeks ago while he was onstage, we thought the idea was so crazy he was kidding. Apparently, it was so crazy it actually worked. The plan? Launch a Kickstarter campaign so he could hire “a man in a plane to write stupid things with clouds in the sky.”

Braunohler, who moved here from New York in October and now lives in Silver Lake, is the co-host, along with Kristen Schaal, of one of our favorite new weekly comedy shows, Hot Tub with Kurt and Kristen. It debuted in January and has been packing The Virgil pretty much every Monday since then with lineups that include Aziz Ansari, the Sklar Brothers, Demetri Martin, the Apple sisters, and a terrific mix of local and out-of-town talent. It doesn’t hurt that the tickets are only $8 at the door or $5 if you buy them in advance, which we recommend since the show has a tendency to sell out.