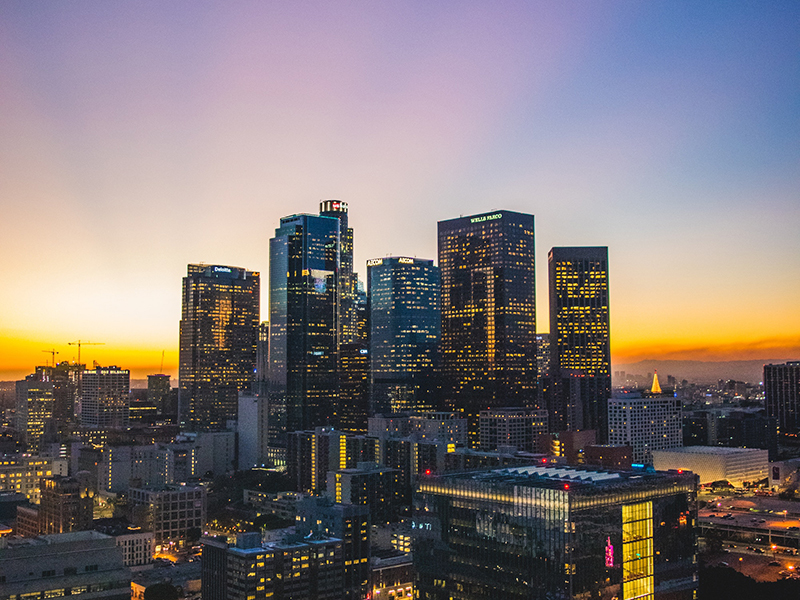 There are lots of things in L.A. that we’re all sick of seeing: Potholes, people who vape less than 25 feet from a building, those maniacs who make left turns out of the right lane. But one thing that’s managed stay cool despite cropping up at an alarming rate is the whole outdoor movies thing. (Seriously, there are so many now, and they all sound fun and awesome—just look at this list.)

In that spirit, we’ve got one more for you, and man, it’s gunna be good. ALT-98.7 has teamed up with the theater chain Alamo Drafthouse to bring you Skyline Sound + Cinema, a live music-meets-outdoor movie situation taking place on the roof of DTLA’s the Bloc.

Yes, you’re right, technically Alamo Drafthouse still isn’t open—more than four years after announcing their move to L.A., the theater is now saying that 2018 may very well be their year—but that doesn’t mean they can’t curate the hyper-specific and very interesting events they’ve come to be known for. (At one “Rolling Roadshow” in Texas, they carted viewers out to a real cave for a screening of The Goonies; last summer, they hosted a quote-along screening of Labyrinth at the Theater at the Ace Hotel complete with scratch-and-sniff props and bubbles.)

Skyline Sound + Cinema combines an up and coming musical performer with a first-run flick, plus snacks from Urban Oven, Hatch, and other DTLA spots. They’ll have booze on hand, too, from craft beer to wine to cocktails. There are only four events scheduled at the moment (June 21, July 12, July 26, and August 9), but it doesn’t sound like snagging a ticket will be a problem—the Bloc’s rooftop seats more than 800 people.

The series kicks off on June 21 with a performance from indie rocker Cary Brothers and a sure-to-be infectious sing-along screening of The Greatest Showman; check back for updates on the rest of the lineup.