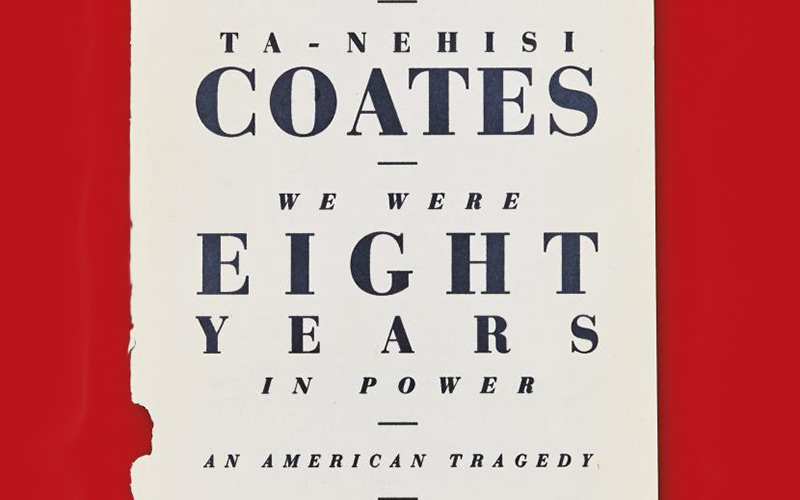 1. Her Body and Other Parties by Carmen Maria Machado
October 3

The best surrealist fiction resides somewhere between the eerie and the actual, and that’s exactly where Carmen Maria Machado feels most at home. In the young author’s debut collection, which is already longlisted for the National Book Award, she uses tropes from folklore and fantasy to explore visceral themes like queerness, sex, and the female body. Equal parts freaky, funny, and feminist, the tales range from a supernatural reimagining of Law & Order: SVU to a story about women whose bodies are mysteriously evaporating. A stunning debut, and the perfect book to get you in the mood for Halloween. 2. We Were Eight Years in Power by Ta-Nehisi Coates
October 3

In 2015, Ta-Nehisi Coates became a household name with Between the World and Me, the moving, book-length letter he wrote to his son about being black in America. But long before he started earning comparisons to James Baldwin from the likes of Toni Morrison, Coates was already producing incisive, important work for The Atlantic, where he’s been a writer for nearly a decade. We Were Eight Years in Power compiles eight of his most iconic essays, showcasing the incredible range of this Howard-trained historian’s intellect. He navigates topics like racist housing policy and mass incarceration with incredible ease, deftly weaving together America’s past and present with personal anecdotes and original reporting. Alongside timeless pieces like “The Case for Reparations” and “This is How We Lost to the White Man,” the collection also includes eight new essays, which reflect on the years Barack Obama was in office. In a political climate as tumultuous as this one, Coates’s clear, thoughtful prose feels like a life raft. Following her experimental 2010 Pulitzer winner, A Visit From the Goon Squad, Jennifer Egan decided to try her hand at crafting a more traditional historical novel. The result is Manhattan Beach, and it is a page-turner. Don’t let the title fool you—the action doesn’t take place in the South Bay. Rather, the book transports readers back to 1940s Brooklyn and traces the life of a young woman named Anna Kerrigan. The country is at war, and Anna has become the only female diver at the Brooklyn Naval Yard, where she repairs ships used by U.S. troops. Eventually her father’s history with the mob comes back to haunt her, and she must learn to navigate new realities. A vividly rendered love song to New York, this novel cements Egan’s place as a fine and versatile writer. Europa Editions introduced Elena Ferrante to America, and though they saddled her brilliant Neopolitan Novels with the cheesiest covers of all time, we are eternally grateful to them. This month, the NY-based publisher might have another Italian crossover sensation on its hands with Ferocity, a scintillating murder mystery by acclaimed author and Ferrante associate Nicola Laioia. The novel, which won the prestigious Italian Strega prize in 2015, has been compared to the work of Gillian Flynn and Jonathan Franzen. It tells the story of a young Italian man who uncovers the corruption and decay at the core of his family’s real estate empire while investigating the murder of his estranged sister. With its mixture of family drama, political commentary, and Italian history, it kind of already sounds like a fifth Neapolitan Novel; we can only hope it helps fill the void that was left in our hearts when Ferrante wrapped up her series in 2015. When Jen Bervin found out that silk could be safely implanted in any part of the body, she did what any rational person would do: she wrote a poem from the perspective of a silk worm, made it microscopic, and worked with a team of Tufts scientists to nanoprint it on a biocompatible silk slide. The subject of an 11-month exhibition at MASS MoCA, the original version could only be read using a microscope, but this month it becomes available in a more traditional paperback format. Borrowing its form from the DNA structure of silk, the deeply researched book-length poem is an elegant interrogation of the relationship between language and biology. 6. The King Is Always Above the People by Daniel Alarcón
October 31

The second collection of short stories from award-winning author, journalist, and Radio Ambulante producer Daniel Alarcón is populated with a host of memorable characters: A murderer who finds the world to be “disappointingly familiar” after being released from his 32-year prison sentence; an academic who flees his home, wife, and job only to fall under the powerful spell of a married woman. Set in Los Angeles and Latin America, these tales take on immigration, identity, culture, and other timely issues in a refreshing way.