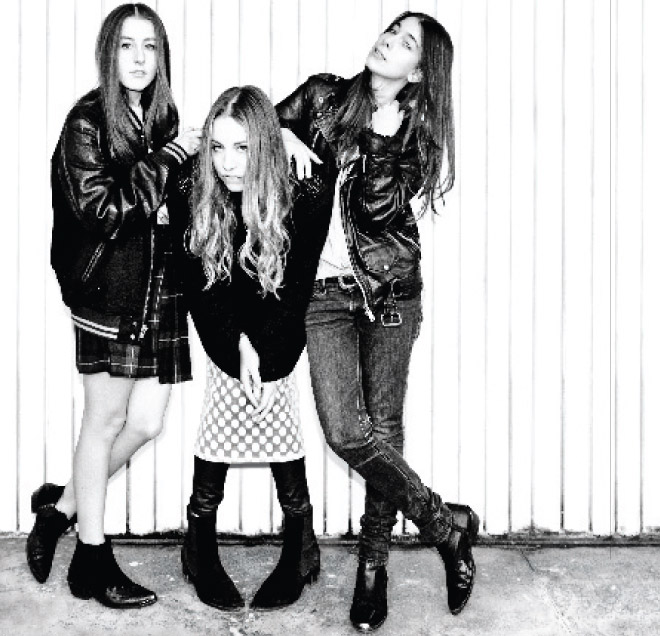 Long before they toured with Mumford & Sons and triumphed at South by Southwest, Alana, Este, and Danielle Haim were three Valley Village sisters playing with Mom and Dad in a band called Rockinhaim. “It was something we did to bring our family together,” says Este.

The trio have shortened their moniker—just Haim, please—and solidified their sound: a percussive, harmony-laden blend of gritty rock and sultry R&B set off by Alana’s keyboard, guitar, and maracas; Este’s bass; and Danielle’s lead guitar.

After playing shows with everyone from Florence + the Machine to the Henry Clay People and covering Miley Cyrus’“Wrecking Ball,” they’ve finally channeled their energy into a polished debut album produced by Ariel Rechtshaid (Vampire Weekend, Usher). Since it was finished back in June, Days Are Gone has become one of the most anticipated releases of 2013, and it comes out today. In these 11 track, sisterhood emerges as not just powerful but harmonious.