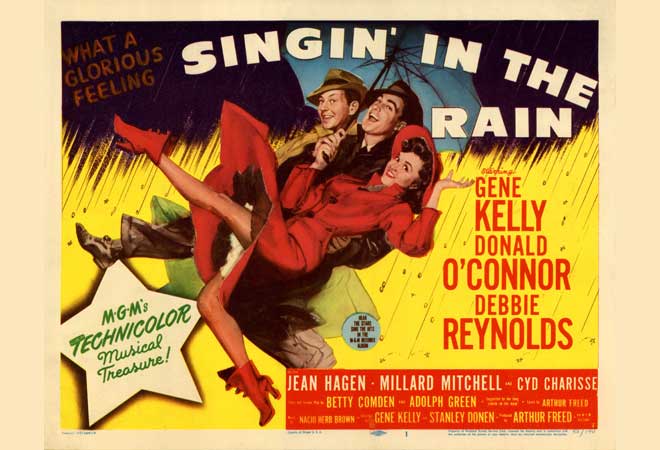 It’s been called a Technicolor masterpiece, a joyous expression of song and dance, and a grand musical. If it’s been years since you’ve seen Singin’ in the Rain in years–or if you haven’t seen it at all—here’s the perfect excuse: Cinefamily will break in its new digital projector with a free screening of the Gene Kelly classic tonight, June 14th.

There’s no better way to debut Cinefamily’s DCP projector, which they bought with the funds from a Kickstarter campaign – and a little help from Robert Downey Jr. Back in December, Cinefamily raised an estimated $144,000 in contributions with Downey Jr. pledging to cover the cost of the projector, estimated at $60,000. The rest of the money is being used to renovate the Fairfax Ave. movie house’s roof, seats, and security system.

The new projector, while allowing the theater to present film in a 2k digital resolution like other multiplexes hasn’t made their other equipment obsolete. It sits alongside their dual projection system, which will be used for screenings of 35mm prints.

Cinefamily “wishes to thank every one of our Kickstarter supporters for helping bringing us into the 21st century.”