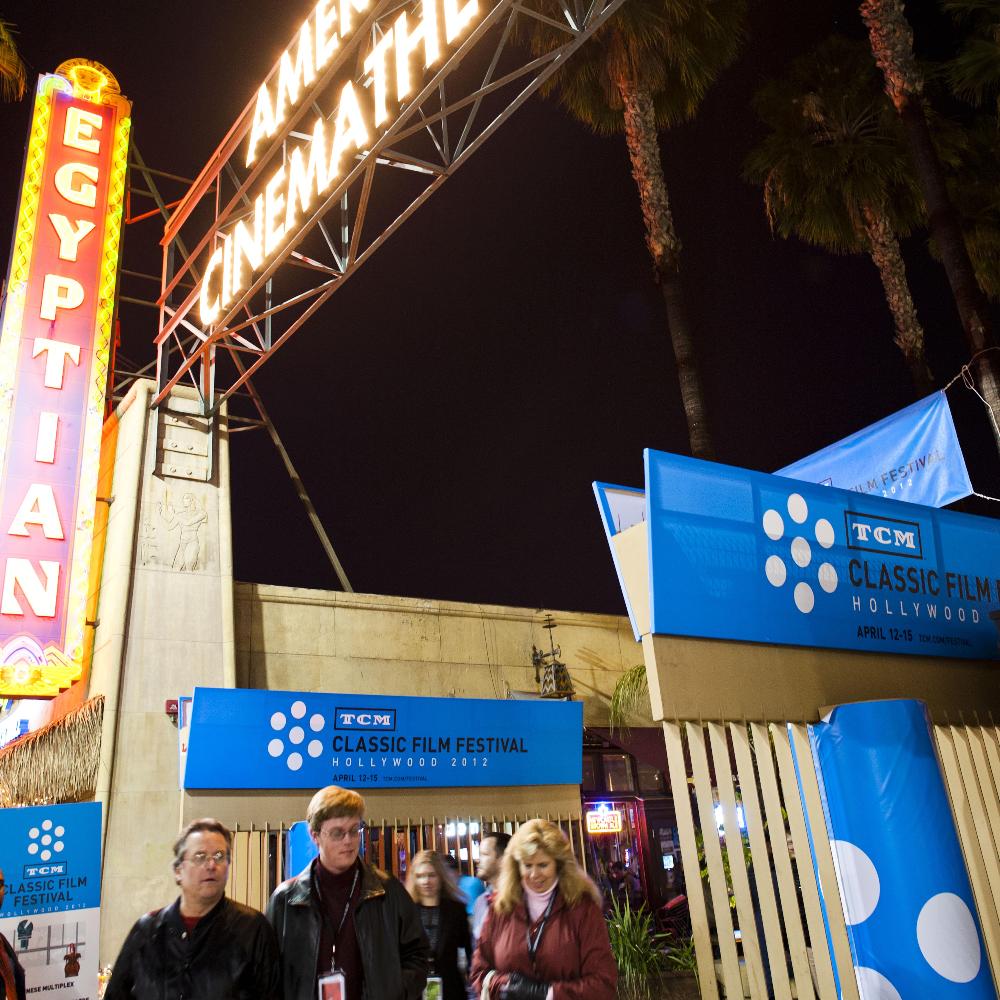 Turner Classic Movies’ third-annual Classic Film Festival doesn’t kick off until tomorrow, but the office is already buzzing with chatter about this year’s programming, which includes film screenings, panel discussions with filmmakers, and special events at “Club TCM” inside the Hollywood Roosevelt Hotel. Chris Nichols put his name next to nearly half the listings on the fest schedule at a recent meeting.

For those of you not familiar with the four-day long extravaganza, it’s essentially Nirvana for film lovers: the presentation of vintage prints in Hollywood’s most storied venues—Grauman’s Chinese Theatre, The Chinese 6 Theatres, The Egyptian Theatre, The Cinerama Dome, and Avalon Hollywood—and attended by industry legends.

Passes to this year’s festival have sold out, but individual tickets to single events are still available, and you don’t even need one to take home a piece of classic film memorabilia at the end of the weekend; TCM is hosting a silent auction open to the public of two movie posters, one for the 1971 reissue of 20,000 Leagues Under the Sea signed by Kirk Douglas and another for Vertigo designed by Saul Bass and signed by Kim Novak.

“This year’s theme is ‘Style in the Movies’,” says Genevieve McGillicuddy, managing director of the festival, “and so we’re celebrating some of the more obvious things like costume design and set design, but also all those other elements that make up the look of a film, like credits and poster design. 20,000 Leagues Under the Sea was the first live action picture of its kind, and Saul Bass, who also designed the title credits for Vertigo, made an impact on so many films. Millions of people have seen his work.”

The auction, which benefits the Film Foundation, begins today at 1 p.m. in the lobby of the Hollywood Roosevelt Hotel. In addition to the posters, the highest bidders will get the chance to attend an additional event each and to meet and snap a picture with Douglas or Novak—not to mention bragging rights all festival long. Bidding will start at $500. Grab your checkbooks.