Home Film 25 Years Later, Showgirls Is Enjoying a Long Second Life as a... 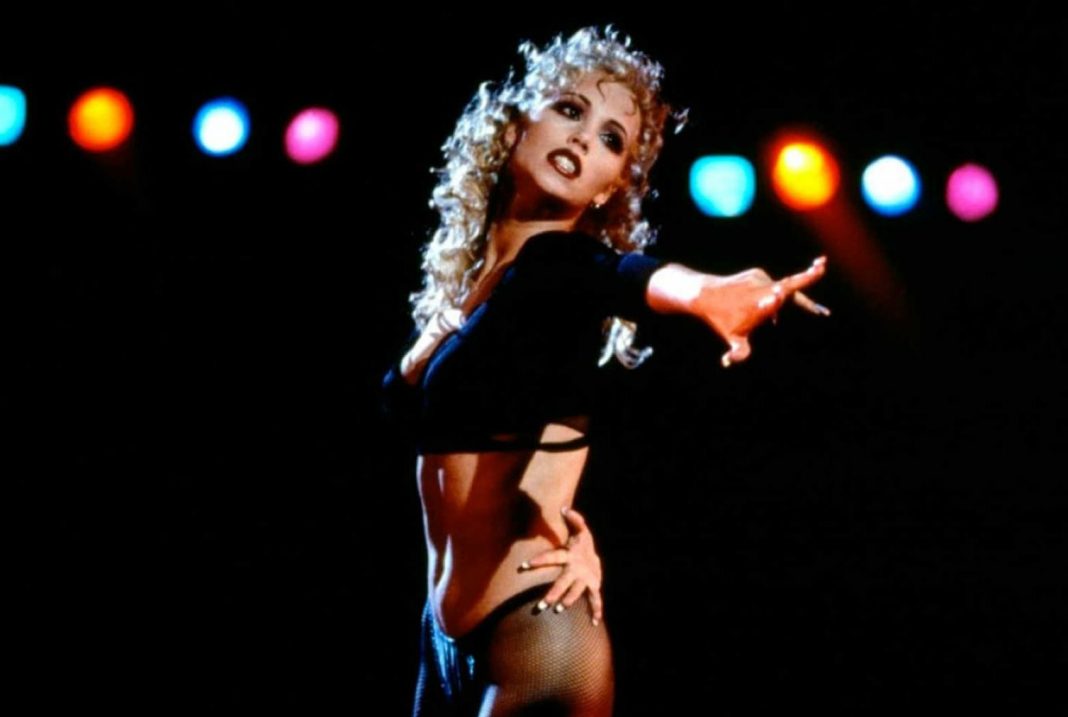 There’s no shortage of baffling scenes in Paul Verhoeven’s 1995 short-tempered-stripper odyssey Showgirls, but “the Doggy Chow scene” will never cease to astonish. In it, rival Vegas dancers Nomi Malone (Elizabeth Berkley) and Cristal Connors (Gina Gershon) sit down to lunch at Spago and bond over their affection for a particular brand of dog food. The misfired nod to the women’s mutual hardscrabble backgrounds is fun enough on its own, but it’s followed by moments including a celebratory “toast” with the chips they’re eating and a robust conversation about Nomi’s “nice tits,” all while she “drinks” a class of champagne by dunking her fingers into the flute.

It’s the scene that still sticks with filmmaker Jeffrey McHale, whose new documentary You Don’t Nomi is streaming and on DVD now. McHale set out to make a film in the style of Rodney Ascher’s 2013 documentary Room 237, which analyzes Stanley Kubrick’s The Shining and the history and lore that surround it. Where that film take on a perennial masterpiece, McHale’s doc dives deep into what’s long been considered one of the worst movies ever made (a “masterpiece of shit,” if you will).

As a select few bad movies do, Showgirls went on to become a cult classic, screened and celebrated ad nauseum in the 25 years since it was released.

“The following, and the cult and queer fandom that it has, basically allowed space for it to be revisited and reevaluated,” McHale says. “People are tuning in and checking it out again. Maybe back in the day it was harder to digest the satire that I think Verhoeven was aiming to achieve, but people can step away and look at it a little more objectively now.”

The documentary largely consists of interviews with cultural commentators who’ve either grown close to the subject matter over the years or who wrote about the movie when it first came out, among them Matt Baume, a writer and podcaster who focuses on queer culture. As Baume points out, the film has become canon in the LGBTQ community, among people who relate to Nomi’s journey, a self-styled rebirth from dive bar stripper to topless queen of the Strip. McHale also tapped David Schmader, who spent years traveling the country hosting screenings; he was later invited by MGM to do commentary on a special edition DVD of the movie.

Schmader calls “the Doggy Chow scene” the jewel in the Showgirls crown, a perfect encapsulation of the Nomi-Cristal relationship at the heart of the film. As long as people keep being amazed by those three minutes and keep introducing the movie to friends over wine and chips, its cult status is likely to stand the test of time.

“There’s still interest,” McHale Says, “and I don’t think we’re done with it.”

RELATED: A Peek Inside the Private Lives of L.A.’s Celebrity Look-Alikes