Home Uncategorized Shia LaBeouf Is Hitchhiking to Nowhere and Needs You to Pick Him... 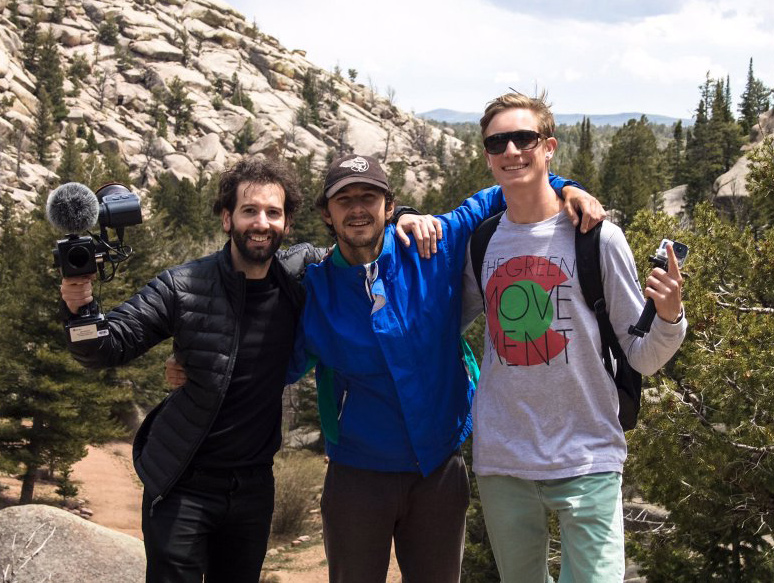 For the past few weeks, Shia LaBeouf—you know, the performance artist and star of the sleeper hit Transformers—has been tweeting his GPS coordinates.

First they led to a dead-end dirt road about 10 miles north of Boulder, CO. The next day he was on a road in the foothills 20 miles to the southeast. Every day, at exactly 11:00 a.m., he would tweet a new location on a different road. And in a way, it was sort of existentially reassuring—like, we have no idea what the meaning of life is, or if there’s a God out there or whatever, but at least we know exactly where Shia LaBeouf is hanging out right now. And that felt good.

Soon, though, it became apparent that Shia was trying to tell us something.

Then, this past Monday, he tweeted this:

The hunt was on.

#TAKEMEANYWHERE, it turns out, is a project of LaBeouf’s with collaborators Nastja Säde Rönkkö and Luke Turner, commissioned by Boulder Museum of Contemporary Art. The premise is simple: They tweet their coordinates. You go find them. You take them anywhere. It’s a lot like geocaching—only instead finding a Tupperware container filled with a logbook, a bootleg DVD of Crash, and a crappy plastic lizard, you find Shia LaBeouf.

It took two hours to track down @thecampaignbook from Omaha but it happened! Happy trails #TAKEMEANYWHERE pic.twitter.com/01plRRDNYf

It wasn’t long before he was picked up and transported dozens, then hundreds of miles, sharing baskets of sweet potato fries and talking about chicken juggling along the way. As of his most recent tweet, he was in Omaha, Nebraska, outside Azteca Mexican Restaurant (which, though nondescript, has a solid four-star yelp rating).

If you, like, most people need a little Shia in your life and don’t have Memorial Day weekend plans, better hit the road now. It’s a long journey (24 hours if you leave from L.A.)—but this is the kind of glory that awaits you at the end:

I was going to put some of these in the vault for later but they’re just too cool @thecampaignbook #takemeanywhere pic.twitter.com/yc8nfeUtFs