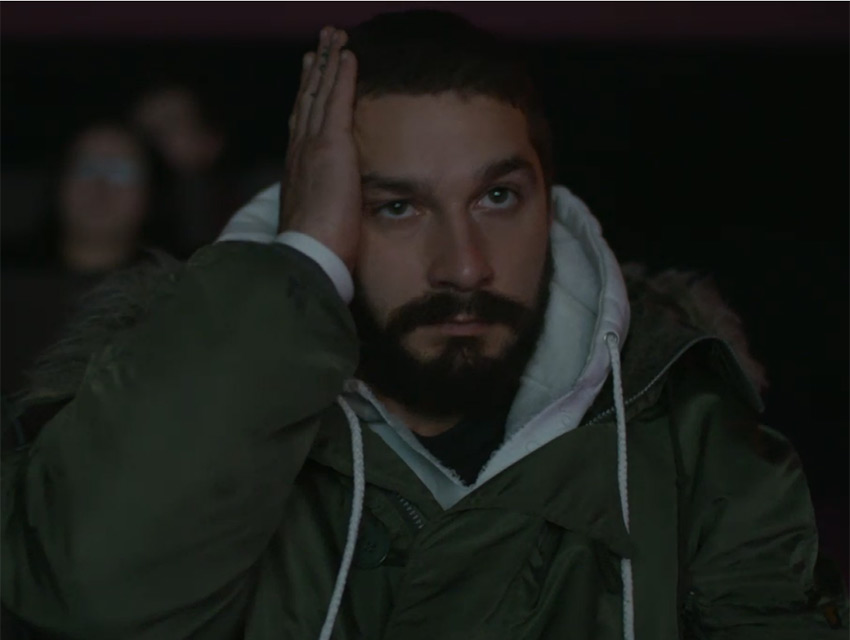 A screen capture from the live stream

If you thought that Shia LaBeouf had reached peak LaBeouf last year when he placed a paper bag over his head and invited people to come sit in front of him inside an L.A. art gallery, you are incorrect. In fact, LaBeouf has just now reached peak narcissism, as for his most recent project, he will sit in a New York City movie theater and rewatch all of his own films, in reverse chronological order.

Or should we say—he currently IS sitting in a New York City movie theater and rewatching all of his own films, in reverse chronological order. That’s because LaBeouf is livestreaming the event, with a camera trained on his own face. So, to recap: Shia LaBeouf is watching Shia LaBeouf, and as part of this project, he is allowing you to watch Shia LaBeouf while Shia LaBeouf watches Shia LaBeouf.

The project is appropriately titled #ALLMYMOVIES, and it appears to be in conjunction with two other artists, named Rönkkö and Turner. According to the livestream page, the trio estimates that it will take LaBeouf three full days to execute this feat. Visitors are welcome, and admission is free.