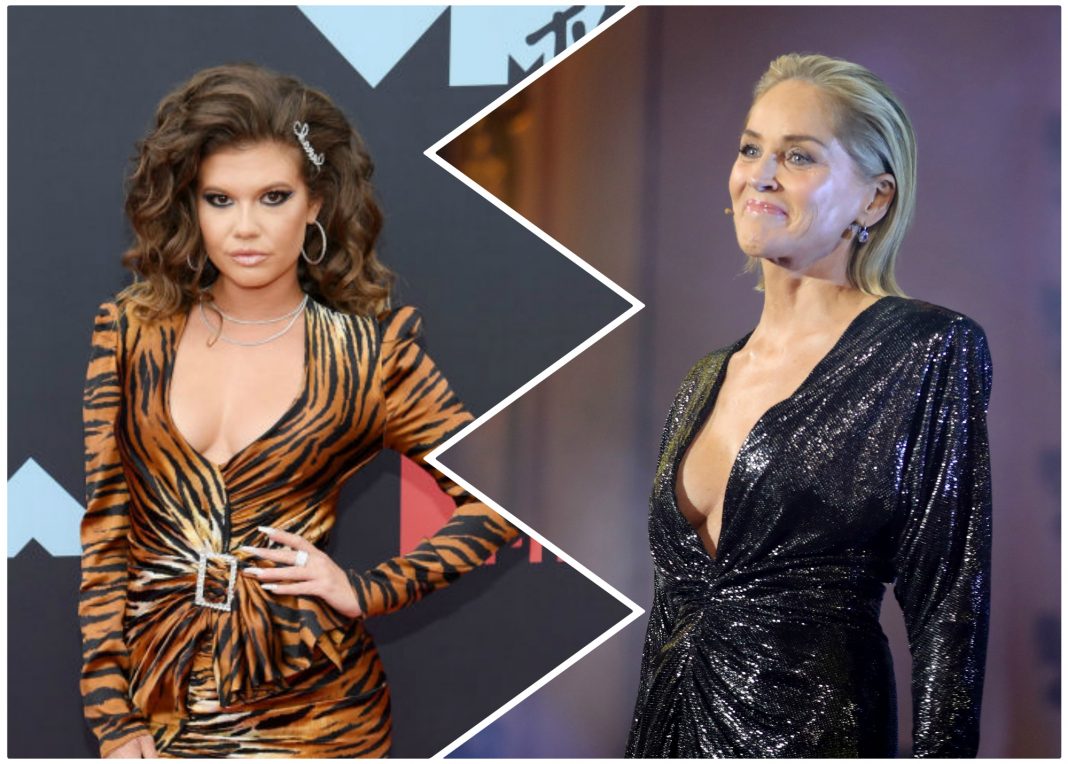 Sharon Stone is suing rapper and MTV host Chanel West Coast, claiming that the video for her single “Sharon Stoned” rips off the actress’s name and likeness. Lawyers for Stone  filed a lawsuit last week, asserting that that the video “wrongfully exploits [Stone’s] rights associated with her performance in the Interrogation Scene [from] Basic Instinct.”

The attorneys maintain that Chanel West Coast, otherwise known as Chelsea Chanel Dudley, is attempting to ride the coattails of the film star’s fame. The filing alleges that Dudley has been “challenged to achieve success as a rap artist” up to now, and that Stone’s name and likeness are valuable commodities that “symbolize the level of quality associated with Ms. Stone’s products, services and entertainment performances.”

The suit continues to focus on the 1992 Basic Instinct role, calling it “one of the most iconic performances in contemporary film,” and “inextricably associated with Sharon Stone […] in the minds of the public.”

Dudley doesn’t buy the argument that she needed to cash in on Stone’s name to make noise for herself, even telling TMZ that it was she who did Stone a favor, by making Stone’s 27-year-old performance newly relevant to younger viewers. According to the rapper, who reports feeling “back-stabbed” by the ordeal, Stone was not only aware of the song and video concept, she wanted to personally appear in the video.

“Day of the shoot I get call from Sharon’s agent calling my manager saying she loves the song, she wants to be a part of it,” Dudley recalls. “Basically, last minute, Sharon pulls out. It’s not clear to me why. I’m very surprised and shocked.”

She claims intention was simply to pay homage to someone she admired. “This is like Buddy Holly Suing Weezer,” she notes.